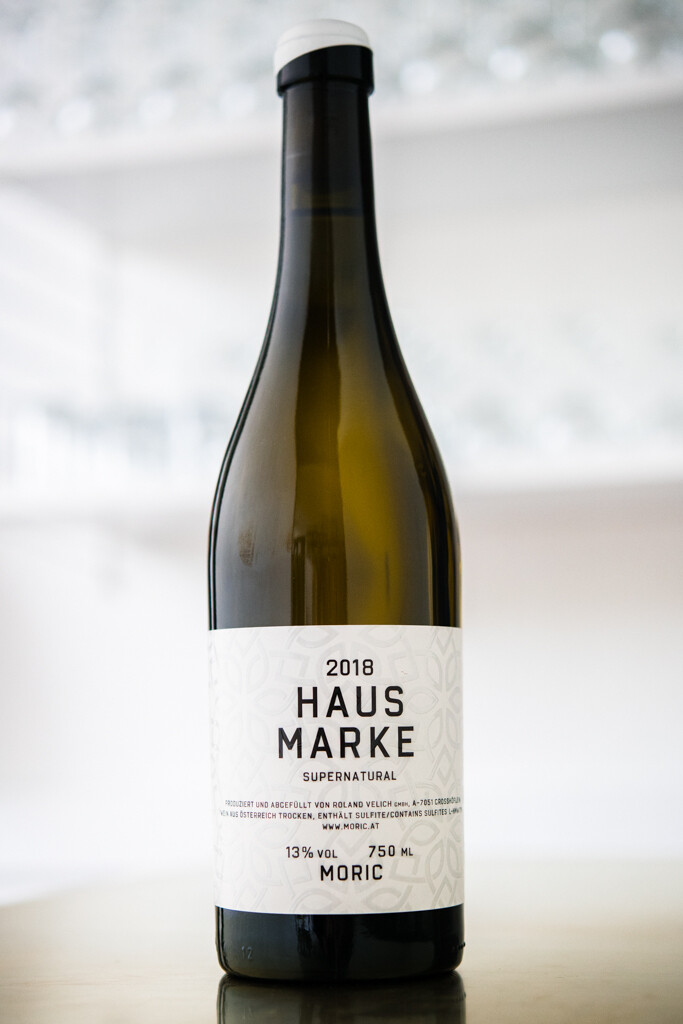 In Burgenland, the cuvee is a far more popular art form than one might guess from its modest import presence in the USA. Why? Because the Austrians drink almost all of them themselves, especially the whites, which go quite swimmingly alongside something that just got hauled out of the lake this morning. Here we've got a combination of 75% Grüner Veltliner blended with a mixture of 25% Chardonnay, highlighting the verve and spice of the former, married to the patience and lush palate-coating texture of the latter. Roland uses oak, but never any new wood, and never any small wood, so the barrels are typically at least 500 L.

Moric is a relative newcomer to the Austrian wine scene, but its founder, Roland Velich, had previously gained renown with his family's winery: Under the Velich label, he and his brother, Heinz, crafted some of Burgenland's greatest white wines. Like others in the region, Velich was convinved that Burgenland, with its moderate climate and cool autumn nights, had the potential to make exceptional red wines from blaufrankisch. But rather than the lavishly powerful style of wine that many other growers pursue, Velich sought to focus on elegance and delicacy, citing classic Burgundy as a guide. The first step was to indentify sources of old vines in top terroirs. In 2001, Velich, together with fellow winegrower Erich Krutzler, bottled the first vintage of Plateau Lutzmannsburg. The following year they found additional old-vine parcels in the village of Neckenmarkt, and established the Moric brand. Krutzler has since left to persue a project in Slovenia, and Velich now focuses full-time on Moric, producing red wines of stunning expression and finesse. Lutzmannsburg and Neckenmarkt still form the core of the Moric range, and Velich produces two wines from each village, from different vineyards. He ferments the wines in large wooden vats with natural yeasts, transfers them to large oak casks for the malolactic fermentation and then moves them to 500-liter French or Austrian oak barrles, very few of which are new. Boasting vines up to 85 years old, Rolan's Blaufrankisch derices detail and complexity from the schist and limestone soils and relatively high elevation of these parcels in the foothills of the Odenburger Mountains. Roland will be a name in Burgenland to be reckoned with, as a star in old-vine blaufrankisch of excetional purity and elegance.