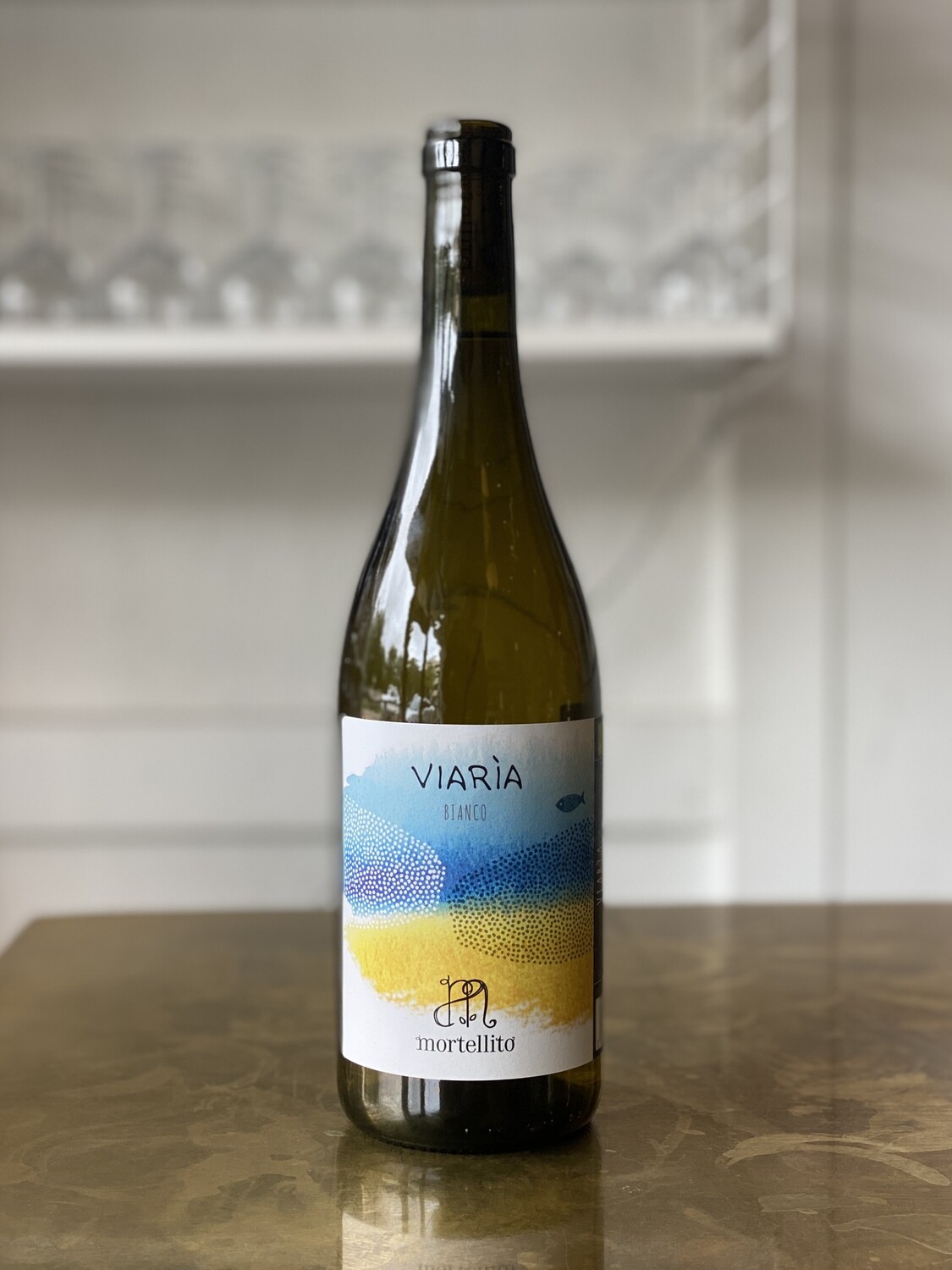 His whites are acid-driven and aspirin-chalky in texture, the Moscatella di Noto is floral and herbal (la sua morte, ‘it’s death,’ as the Italians like to say, is a pairing with raw fish crudo). 2 days on the skins and after a racking it’s left for another 25 days without any temperature control. Élevage for 6 months in stainless steel tanks.

Mortellito is in Val di Noto, in a corner of Sicily that lies at the same latitudes as North Africa’s arid desert climate. Its vineyards are a few kilometers from the coast, with grooves of ancient olive and almonds trees breaking the wind off the sea; abandoned and still working fishing ports dot the landscape. Owner Dario Serrentino has always enjoyed the contrasts of this coastal growing area, which he calls ‘a desert next to the beach.’ Over the years, lucky for us, he’s learned to coax extremely elegant wines from this receding coast of limestone, which, he says, is ‘the magic to produce wines with tension, freshness, and complex salinity.’ In Dario’s best vintages, his rosso and bianco wines have a tapering svelte finish, cool and salt-dusted. Drinking them is akin to a dive into the nearby Ionian sea on a hot summer day.

There’s never been any chemical interventions in the vineyards, and there’s an intentional hands-off approach in the cellar, with a minimum of sulphur added at bottling. Avoiding the entrapments of the glou-glou or overwrought luxury style, Dario is part of a very small contingent of producers in Sicily producing fine and natural wines, or as Dario poetically likes to say: mare e terra in vino.