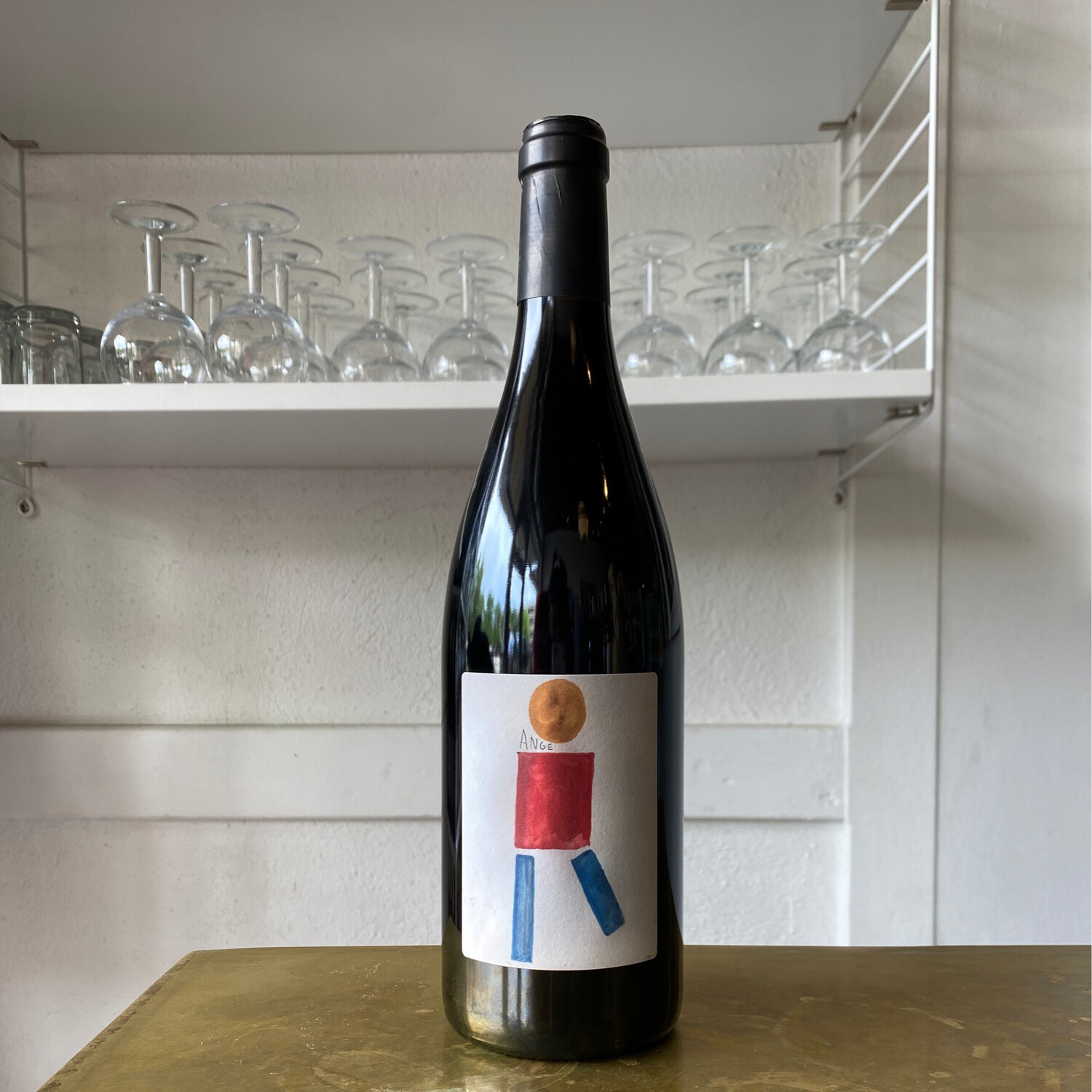 “Ange” is the name of Nicolas Reau’s son. This wine is produced from a single vineyard of 1.8 ha that represents the youngest Cabernet Franc of the estate.

Nicolas Reau’s love of wine started when he was eight years old and his grandfather was sneaking him small glasses of red wine while his grandmother had her back turned. Young Nicolas went on to train to be a professional pianist and didn’t consider wine as a potential career path. He thought it was impossible to become a producer if you do not come from a vigneron family. However in 1994, Nicolas saw an advertisement in the school newspaper about a professional degree in viticulture and oenology and he decided to step away from his piano to finally begin an adventure in wine.

In 1998 Nicolas Reau took over an estate of 28 ha. In 2001—after three years of analysis, observation and putting his education into action—Nicolas decided to get rid of 23 hectares and only kept five of the best hectares surrounded by a wall. Those five hectares represent the Clos des Treilles (his DBA name). Two additional hectares were replanted bringing the total area to 7 hectares. In 2002 Nicolas made his first vintage, with natural yeast and minimal intervention from the start.

In 2005 Nicolas met someone who changed his future: Sylvie Augereau, the Famous French wine writer and the future herald of natural wines. Today Augereau is the organizer of La Dive Bouteille and is also Nicolas’ wife. Nicolas Reau was quickly welcomed into this growing network of natural wine pioneers (including Marcel Lapierre, Yvon Métras, JF Ganevat, etc.) and so began the latest movement in French natural wine. In 2007 he carried out his first vintage “sans soufre”, the first of a long series.

Nicolas practices Biodynamics but doesn’t seek the certification. Instead his philosophy is to be guided by conscientious farming so as to produce wines that are clean, distinct and honest. To this end, Reau uses intuition to identify the 2 to 3 day window where the fruit shows phenolic maturity but still has a low potential alcohol. This window is identifiable when the fruit demonstrates the most harmony on the palate, a sensation that is almost impossible to find in vineyards manipulated by chemicals and industrial processes according to Reau. He believes that if you let the climate and vines guide the work in the vineyard, the energy of the fruit will carry through to the finished wine as long as the winemaker refrains from similar interventions in the cellar. With slight variations in ripeness of the individual berries at harvest, Reau’s wines carry a natural acidity, freshness, and personality that cannot be reproduced by any other means.