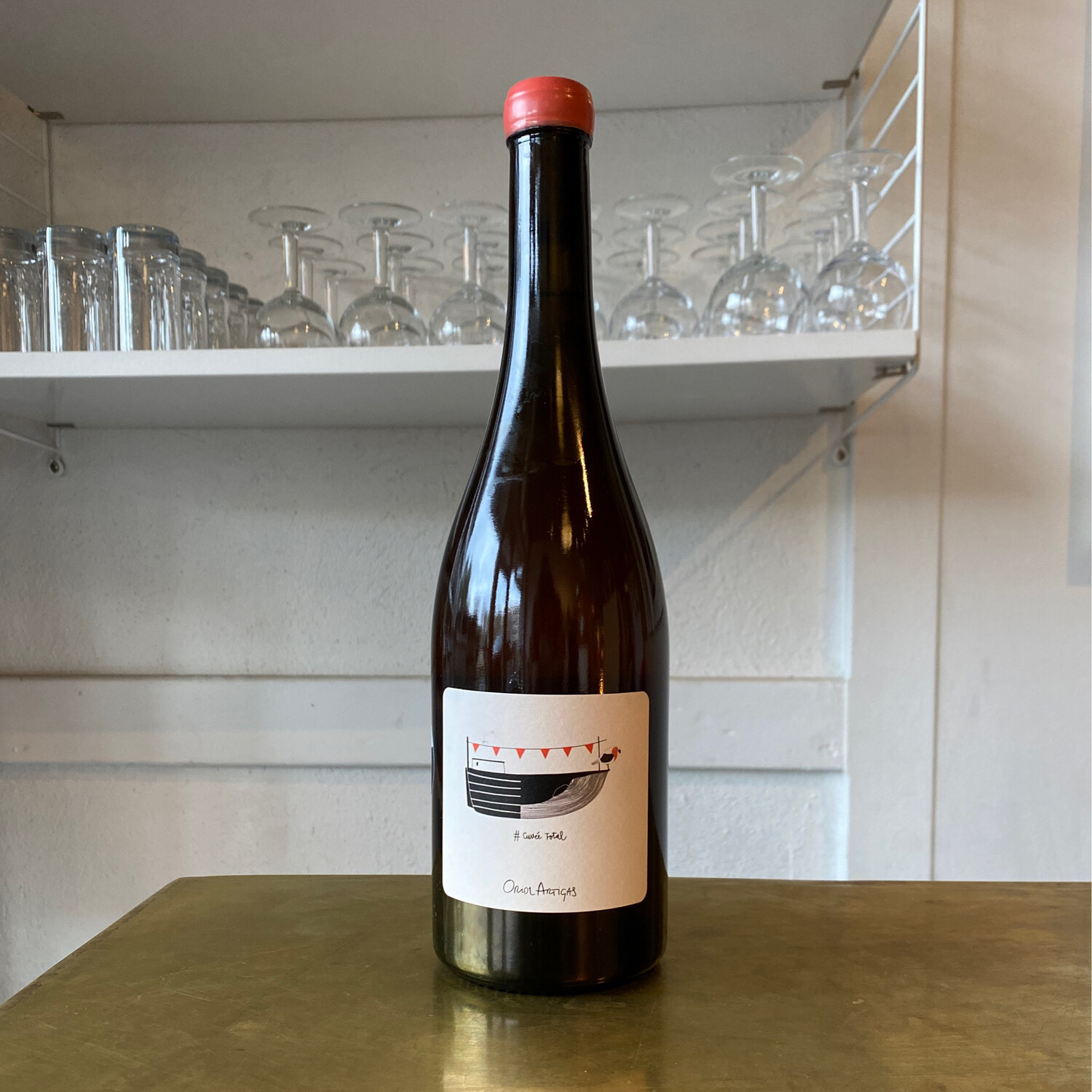 400000018430
$69.00
In stock
1
Product Details
Producer: Oriol Artigas
Country: Spain
Region: Catalonia
Varietal: 75% Pansa Blanca, 15% Garnatxa Negra, and 10% other varieties
Vintage: 2020
Size: 750ml
From all of Oriol’s usual vineyards in Alella: this was the only wine that he was able to make from his own grapes in 2020. About 75% Pansa Blanca, 15% Garnatxa Negra, and 10% other varieties from multiple vineyards with different ages, mostly planted on sandy granite soils. Most of the grapes were destemmed, with about 15% of the Garnatxa left whole cluster, and fermented in stainless steel tanks with 2 days of gentle maceration on the skins. The wine was racked once and rested for 7 months in the same vessel. 11.5% alcohol by volume, 3296 bottles made.

Hailing from Vilassar de Dalt in the heart of the Alella appellation, Oriol Artigas actually came to winegrowing serendipitously. He originally wanted to be a chemist (ala Jules Chauvet), but after working a harvest in Penedès, Oriol realized that a career in a laboratory wasn’t for him and enrolled in an enology program soon after. He then worked at several wineries across Catalonia, which led him to teaching enology at the local university. Landing a steady job enabled Oriol to explore his true passion: a project revitalizing old coastal Alella vineyards and making supremely transparent, non-interventionist wines that evoke the nearby Mediterranean, wines laced with garrigue and sea salt.

Located just 15 kilometers north of Barcelona, Alella is a lesser-known region but has one of those familiar stories: A vineyard area that dates back to Roman times, once renowned for producing exceptional wines, and thanks to the appetite for seaside real estate, has now been whittled down to very little vineyard land. At just 220 hectares, Alella is one of Spain’s smallest D.O.’s. But the proximity to the Mediterranean, granite soils called sauló, and a plethora of native (read: old) vines has inspired a cadre of growers to set up shop here and work to protect this area from extinction. There is no doubt that the quiet revolutionary Oriol Artigas is at the vanguard of this movement.

Oriol began making wine casually, simply to be enjoyed amongst friends. But slowly he started to realize his calling, devoting himself to a career in winemaking full time in 2011. Oriol loved how it allowed him to showcase his homeland and roots, and how it allowed him to meet new people and discover the world. Since the official start of the project, Oriol has continued to grow each year, evolving and finding new ways to showcase the unique Alella terruño.

His over-arching philosophy is to “cultivate the vineyards in the most natural and least interventionist way possible, to allow the grapes to express in the most intense way the landscape from which they come.” He works about 12 hectares in total, mostly of old vines. He allows vegetation to grow between the vines, prunes very little, and works the vineyards primarily along the lunar calendar. In the winery, fermentations are completely spontaneous, aging is primarily done in steel vats, and sulfur is never used at any point in his process.

Oriol makes a wide variety of wines (sparkling, white, rosé, and red) the color of the wine being defined by which grapes grow in the vineyard. Ever restless, he is regularly adding to his repertoire of vineyards and wines, relying on the wisdom of the folks who originally planted these wild vineyards to make his cuvées. Each wine that Oriol produces has a beautiful refreshing texture with a subtle intensity of flavors - convivial Mediterranean wines with heart and soul.