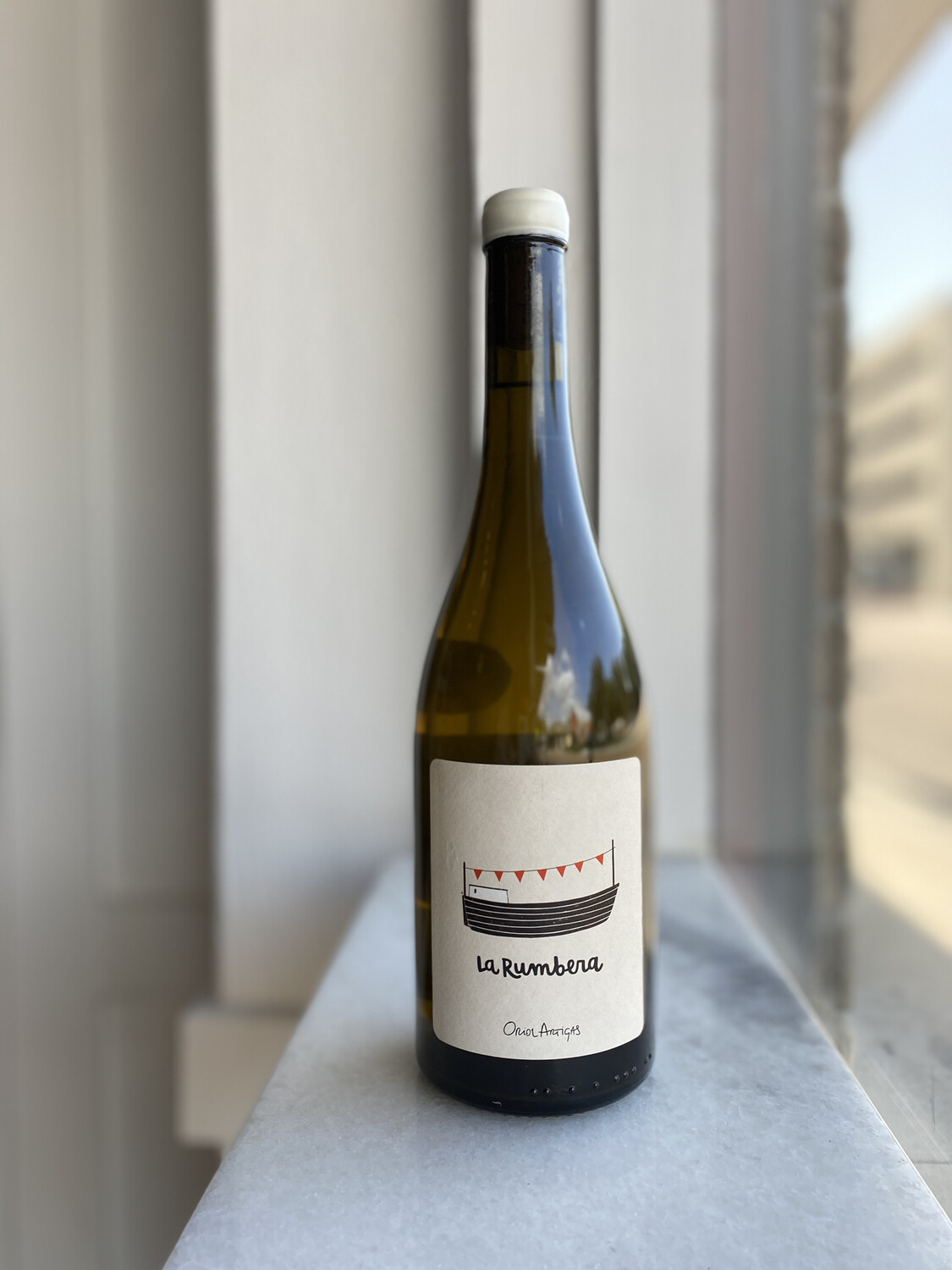 La Rumbera is comprised of Pansa Blanca from 7 different parcels planted on granitic soils around Alella. The wine is fermented with wild yeasts in stainless steel, with 2 hours to 2 days skin contact, depending on the maturation of the grape. The wine is then raised on the lees in steel vat for 6 months before being bottled without fining or filtration and no added SO2.

Oriol began making wine solely to enjoy with friends, but started this most current project with the 2011 vintage. His over-arching philosophy is to “cultivate the vineyards in the most natural and least interventionist way possible, to allow the grapes to express in the most intense way the landscape from which it comes.” He works 7.5 hectare in total, with the majority of the vineyards being planted en vaso, very old, and located around his hometown of Vilassar de Dalt. He allows vegetation to grow between the vines, prunes very little, and works the vineyards primarily along the lunar calendar. In the winery, fermentations are completely spontaneous (no pied cuve is used), he does not work the must, aging is in steel vat, neutral French oak, or amphora, and sulfur is only added at bottling, if the wine demands it. The wines are not fined, filtered, or cold stabilized. He makes a wide variety of wines – white, rosé, and red- the color of the wine is defined by what grapes grow in the vineyard. Except for La Rumbera, all of the wines are co-fermented by vineyard site, and in the case of the wine La Prats (The Meadows), there are as many as 50 different red and white grape varieties that make up the cuvee, resulting in a rosé color. Oriol relies on the wisdom of the folks that originally planted these wild vineyards to make his cuvees. The sensibility of Oriol’s wines are delicacy and natural qualities without sacrificing impact of flavor and delineated terroir expression. No