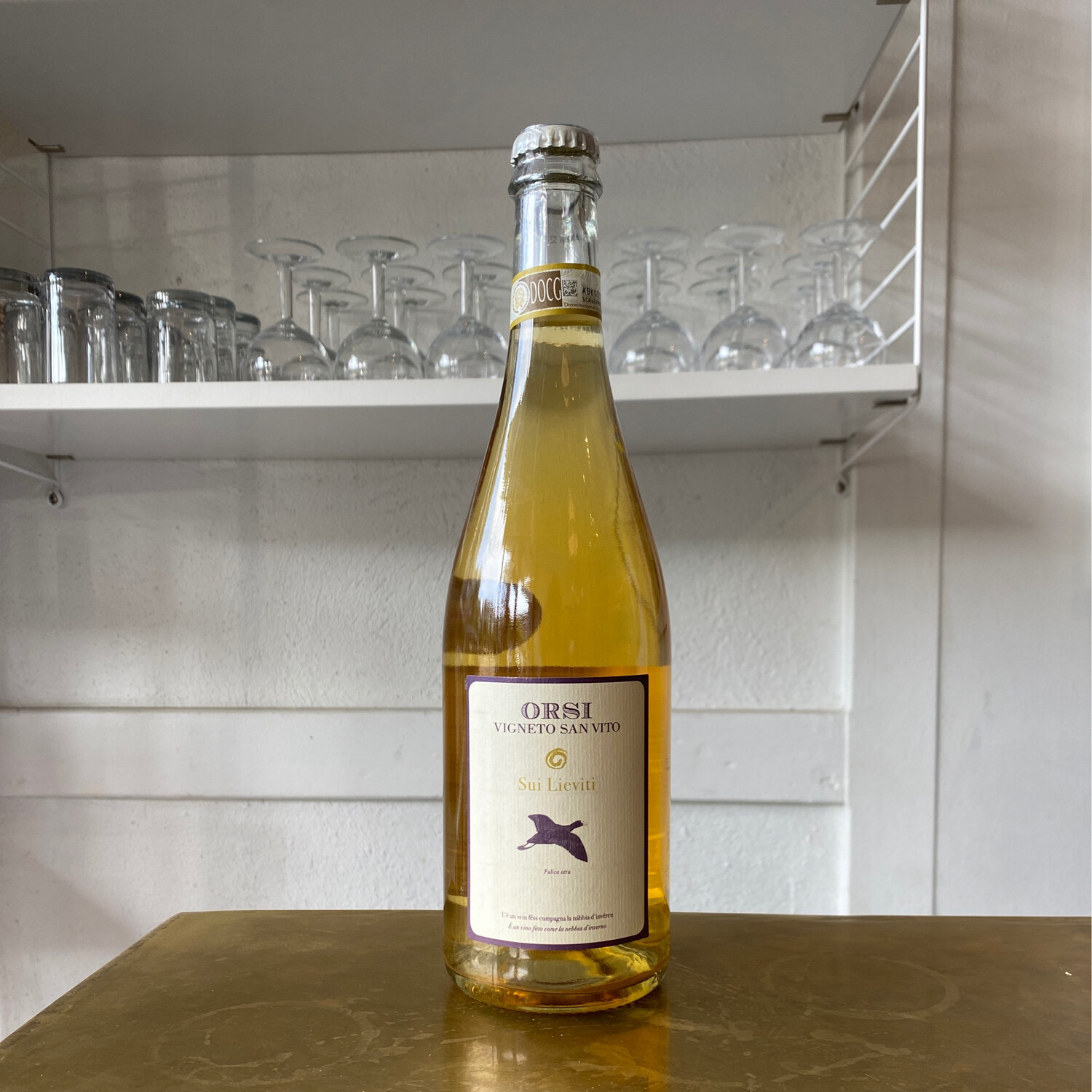 Sui Lieviti means "on the lees". It is not disgorged and Federico recommends turning the bottle upside down and letting the lees incorporate into all of the wine in the bottle. Spontaneous fermentation and aging in concrete tanks. Maceration can vary from hours to days. Aged six months on the lees. A chilled grape must from the same year is then added to the wine before bottling. Un-disgorged so the customer can leave on the lees as long as they choose. SO2 use depends highly on the sanitary state of the grapes. Some years none will be added, others other a couple grams per hectoliter will be added on the harvest, other times at bottling.

Federico Orsi was born in Bologna, but grew up in Brazil. After returning to Italy in his late teens to study business, he began working as a consultant while planning to earn his MBA. Though poised for the corporate life, the sale of a local Bolognese winery would forever change the course of his life.

In 2005, the Azienda Agricola San Vito was put up for sale. Having heard the news, Federico, who'd developed a passion for wine in his early 20's, jokingly proposed buying it to his family. Much to his surprise, they were overwhelmingly supportive! Skeptical at first, Federico eventually agreed to purchase the estate on the condition that it would be resold if he could not make it work financially after five years.

With no knowledge of viticulture or winemaking, Federico hit the books and eventually came across the philosophy of biodynamic farming. This holistic approach deeply inspired him, and with the knowledge acquired through numerous meetings with biodynamic farmers, the estate was converted from its first year under new ownership. Minimal intervention winemaking soon followed, and by 2009 the wines were all vinified with native yeasts, un-fined, unfiltered and only lightly sulfured at bottling.