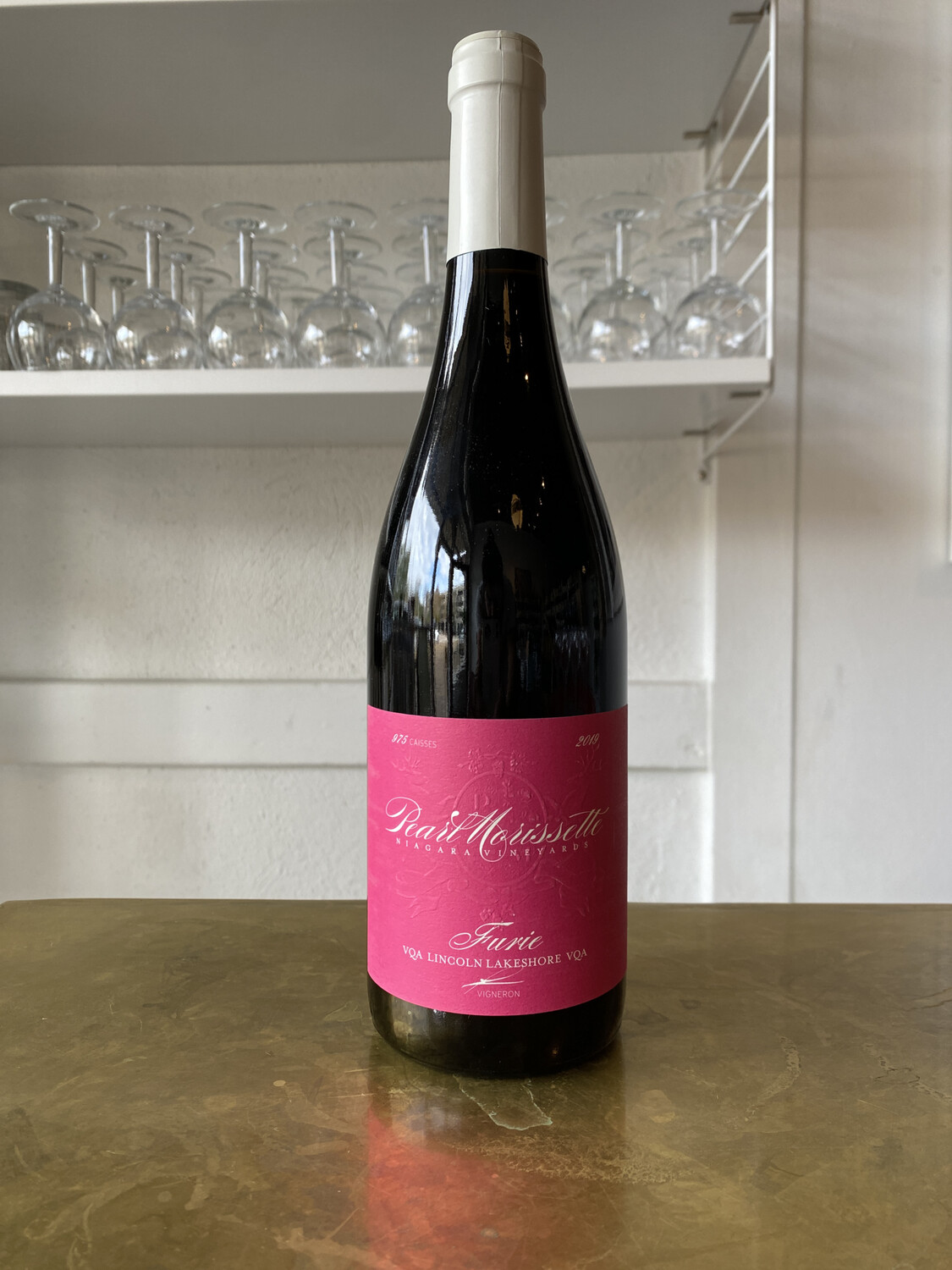 2019 Furie is 100% Cabernet Sauvignon from Redfoot Vineyard in Lincoln Lakeshore. It was harvested on November 10th and fermented as 100% destemmed fruit in large concrete tanks. Fermentation by indigenous yeast proceeded steadily and completed by mid-December 2019. The wine was aged in a combination of concrete and large wooden vessels on lees for a total of 8 months.

Francois Morissette is making the most exciting wines in Canada that we know of in his small corner of Ontario. They are uncompromising wines of terroir that easily transcend the boundaries of the Niagara Peninsula; in his words, “I don’t make wine for Ontario, I make wine for the world."

Francois’ career in wine began in his early 20s when he spent a year working for Domaine Alain Gras in Saint-Romain, learning about the traditional winemaking methods of the region. Once he moved back to Quebec, he worked towards becoming a sommelier and spent the rest of the 1990s building some of the most ambitious wine lists in both Quebec and Ontario. In 2000, the call of the vines was to loud to ignore and he moved back to France to pursue winemaking full-time, working for some of the most famous producers in the Côte d’Or including Frédéric Mugnier in Chambolle-Musigny, Christian Gouges of Domaine Henri Gouges in Nuits-Saint-Georges and Domaine Roulot in Meursault. After 7 years in Burgundy, he returned to Canada with an eye to make his own wine using the knowledge he gained abroad, and it wasn’t long before he found a partner (Mel Pearl, a developer in Toronto) with whom to make it all happen.

The estate now owns two vineyards: the 19th Street Vineyard in the Twenty Mile Beach VQA and the home vineyard which is next to the winery, that is part of the Creek Shore VQA: both farmed organically, though not certified. Francois also runs a small negoce project with other likeminded growers in the area. When harvesting (which is done in multiple passes by hand), Francois pays keen attention to the ripeness levels of the grapes as he views this as the key to achieving perfect balance in the finished wine.

In the cellar, vinifications are done in a wide variety of different vessels ranging from cement tank, to barrique, to cement egg. Fining and filtration is frowned upon, and sulfur is only used in minuscule doses, if at all. Francois makes a range of different wines form his estate.