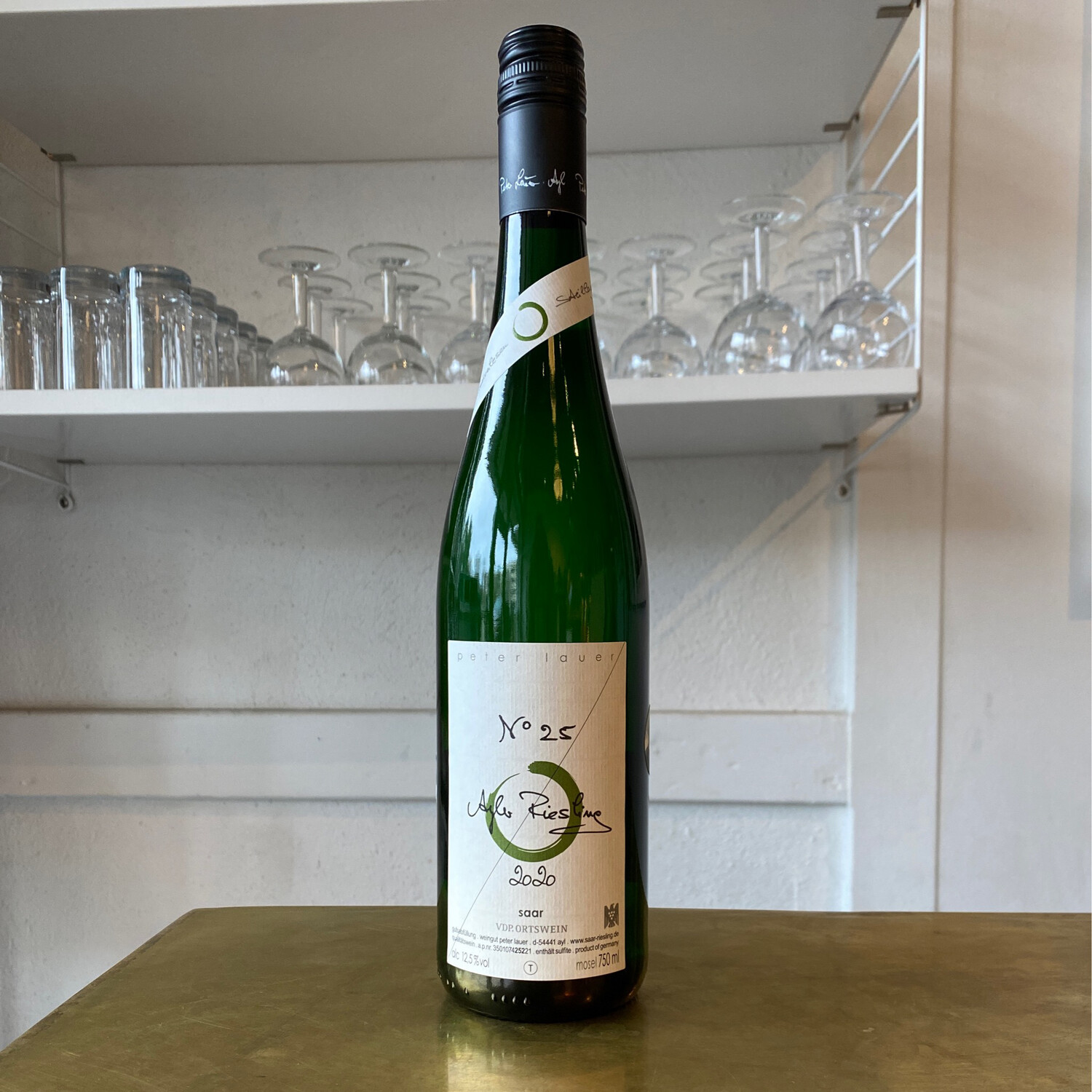 This is a village-level dry wine sourced from two sites (Scheidterberg and Rauberg) that circle around the backside of the village. Historically a bit chilly, these sites are now coming into a glorious place and the sorta jaw-dropping quality of “Barrel X” is a testament to these sites. Florian says the wine is cut and clear and vigorous – old school Saar!

Ayler has been a regular guest on wine lists in German restaurants since the 1920s and was described in a charming way with the attributes: “natural, flowery, spicy, demanding”. This description has not lost any of its validity over 100 years.

The style at Lauer is 180 degrees from his famous Saar neighbors, Egon Müller and Hanno Zilliken – the focus is on dry and off-dry Rieslings as opposed to the residual sugar (Kabinett, Spätlese, Auslese) wines of the latter two. Yet the hallmarks are similar: purity, precision, rigor, mineral. While the great majority of wines are sourced from the solid hillside of the Ayler Kupp, this single mountain is really an intricate tapestry of parcels and sub-parcels. Lauer bottles based on “fass”, or cask, numbers that are often aligned with the names of pre-1971 vineyard names. However, one shouldn’t take the fass numbers too seriously; they are based on the parcels that historically went into these fass and the style of wine they most often produced. One example, “Fass 6 – Senior” is based on a selection that Florian’s grandfather made every year for his personal consumption. On this barrel, he would write “Senior.” According to Florian, nine times out of ten, his grandfather would pick Fass 6, which held wine sourced from the western-most region of the Kupp. Thus, today, the wine from this parcel is called “Fass 6 – Senior.”