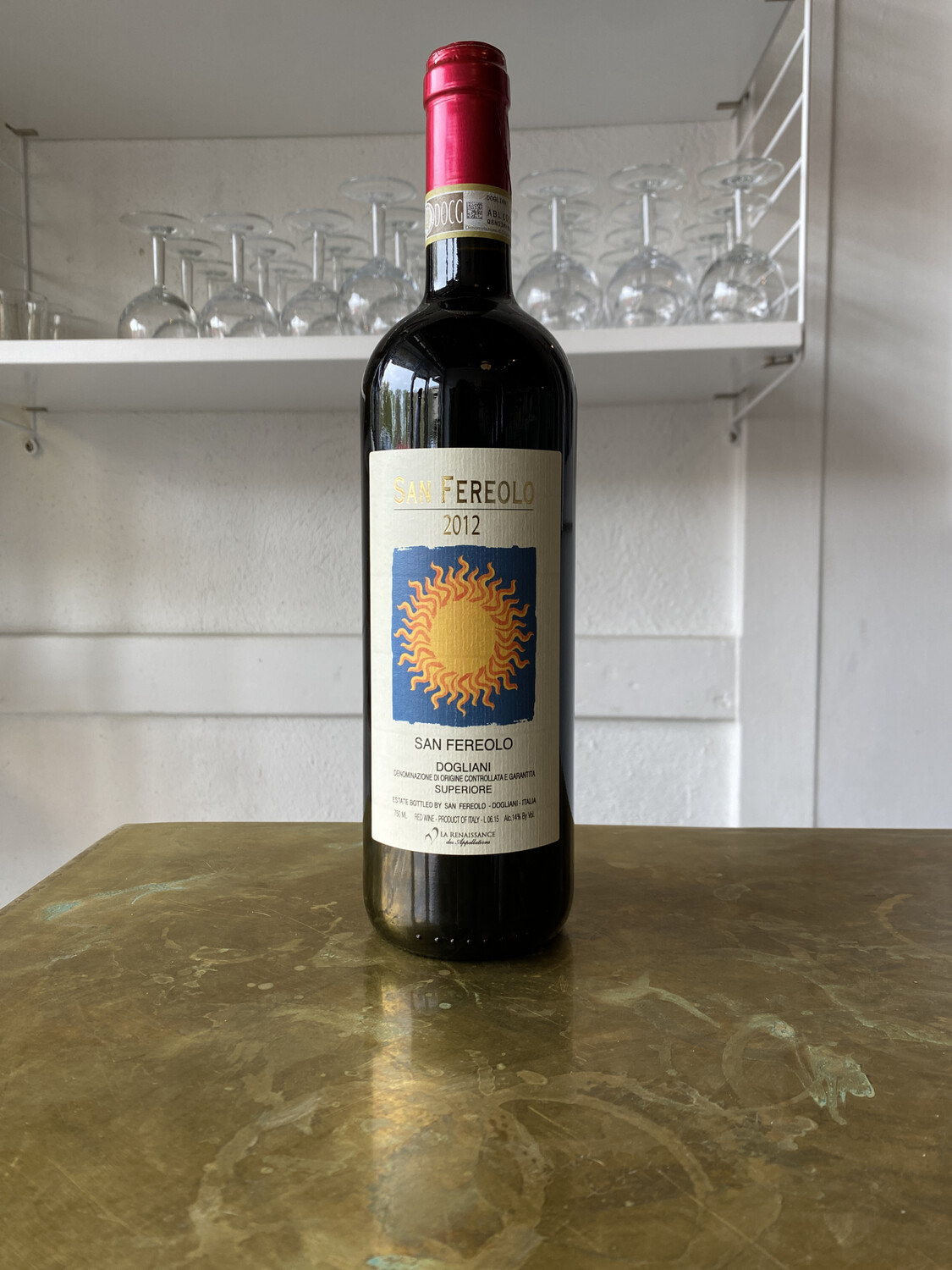 The most important wine of the estate, the Dolcetto for the top wine is sourced from parcels found in prime positions, as well as the oldest vines of the estate. The 7-year wait from harvest to release reflects the importance of the “San Fereolo” to Nicoletta, who carefully tends the wine through its 3 years in large barrel before a 3-4 year hibernation in the bottle cellar. Dense, warm fruit, fresh mineral notes, mint, licorice and savory elements. Organic, Biodynamic, Sustainable.

Nicoletta Bocca has been the driving force at San Fereolo since she acquired the property in 1992, during which time she has mastered the terroir of her Valdibà subzone and completed the conversion to certified biodynamic (Demeter). The estate is considered to be among the greatest references for the terroir of Dogliani, which is located immediately south of Barolo in the Langhe. The Dogliani DOCG is home to some of the greatest Dolcetto vineyards in the Piemonte, and this appellation accounts for the majority of the estate’s 12 hectares under vine. The oldest Dolcetto vines were planted in 1936, while the youngest date back to 1978. The finest sources are destined for the flagship “San Fereolo” cuvée, while the balance of the Dolcetto vines comprise the “Valdibà” bottling. In addition to the Dolcetto holdings, San Fereolo has several important parcels of Barbera, which are assembled with a touch of Nebbiolo for a Langhe Rosso cuvée known as “Austri.” Rounding out the holdings are additional small Nebbiolo parcels, as well as an unusual north-facing plot of Riesling and Gewurztraminer immediately adjacent to the hilltop estate.

Both the “San Fereolo” and “Austri” undergo 15-20 day macerations in large wood vats, followed by spontaneous fermentation without temperature control. If a vat approaches higher temperatures (33 degrees), the must is racked into tank to cool it down before being returned to the wood vat. An elevage of 3 years in large barrel precedes 3 to 4 years in bottle prior to release, thus the wines are not released for a full 8 years after harvest.