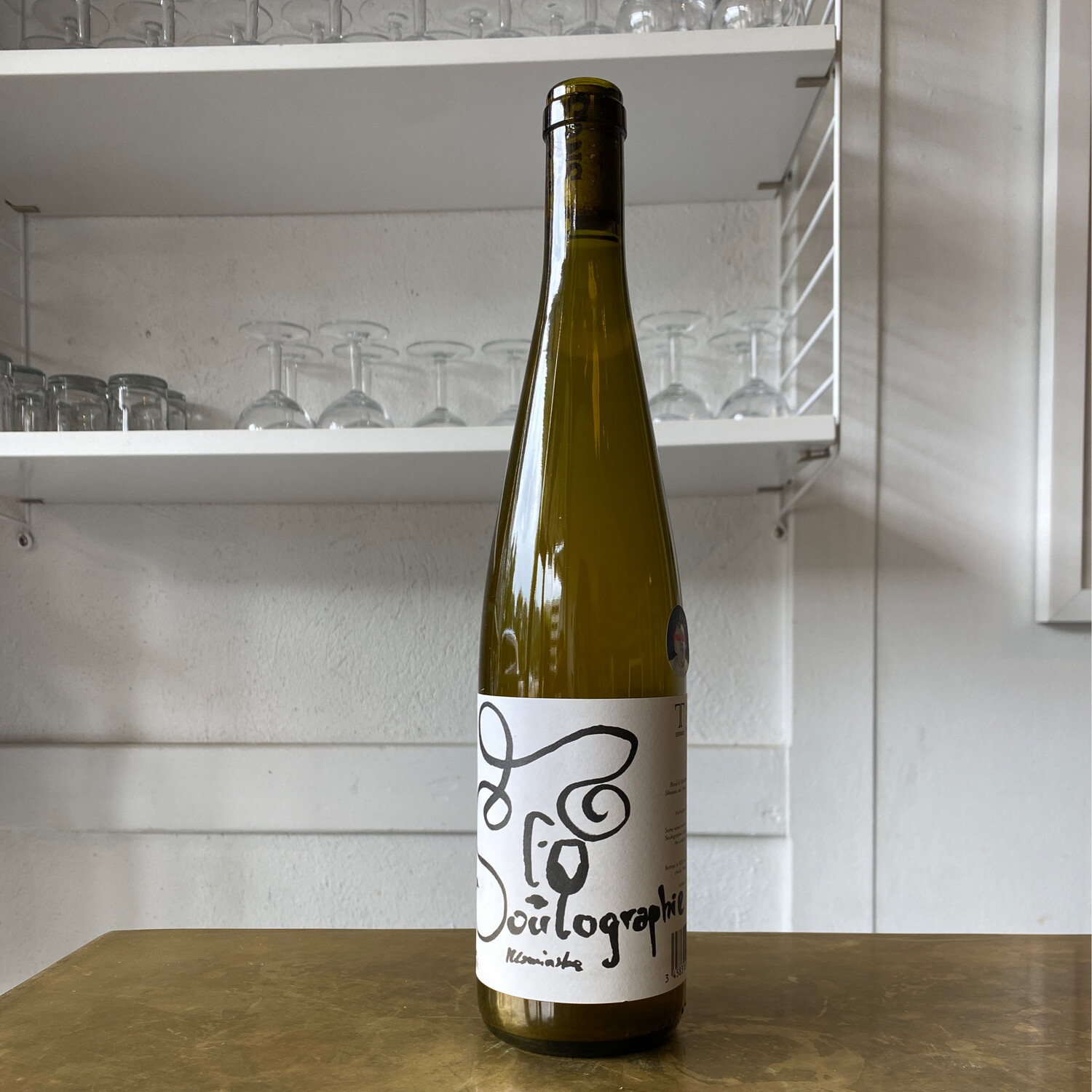 Blend of 30% Pinot Blanc, 30% Chardonnay, 30% Auxerrois, 10% Pinot Gris. Siliceous soil. Vineyards are farmed with natural products only. Direct press of all grapes, aging on lees in concrete tanks. Vinification is entrusted to the livelihood of the grapes and nothing else. Some wines make you tired and put you to bed, others give you energy and euphoria. Soulographie is the is the impact and effect of a wine on a person. This blend will give you the curiosity, the fortitude, the confidence, and the ability to explore your soulographie... the map of your soul. Bottled in July during a waning moon. This wine is not filtered and could be slightly cloudy. Alive, its temperament evolves according to the outside elements.

In 2010, Farid planted his first parcel, and he also released his first vintage with fruit purchased from a few friends. Till 2017, the wine was mostly for his friends and himself to enjoy. However, with the quality of his wine reaching new levels, Farid increased production to 5,000 bottles and named it SONS OF WINE inspired by the show SONS OF ANARCHY and his love of motorcycles. He told a friend, “If I can sell out 5,000 bottles that’s great. If not, I will still drink it in the next 2 years.” He sold all 5,000 by the end of that year.

From the beginning, Farid rented a part of Christian Binner’s winery along with some equipment. In 2020 he created his own winery in Ribeauville and moved out of Binner’s. He just owns 2 hectares: 1ha in Côtes de Toul and 1ha in Beaujolais. However, land is pretty expensive in Alsace and access to good terroir is hard to come by, so Farid decided to make wine primarily from purchased grapes (90% are Biodynamic, 10% Organic). Each cuvée has a story behind it and a specific terroir devoted to it, so he is always sourcing from the same vineyard from vintage to vintage. If there is any issue with the fruit, the cuvée would be dropped and a new project would take its place. By not farming a large area, Farid can travel and work with a diversity of grapes and terroirs. This also means he can source grapes that he wouldn’t be able to own in Alsace—for instance, 200-year-old Verdejo from Spain with a similar terroir to Alsace, the rare red Muscat, grapes on volcanic soil, and so on.

Farid dedicates a lot of interest in the personal relationship he has with his growers. It’s the first deciding factor. “Sourcing grapes is first of all a human adventure. Do we get along and do we want to grow together?” Farid takes care of the vineyard practices and advises his grower with the biodynamic treatments he wants. He also searches for vineyards without any plowing, pruning, or copper/sulfur treatments—only biodynamic preparations to produce quality fruit in healthy quantities. All of his wines are produced without any additives at all, including sulfites, and without any filtration.