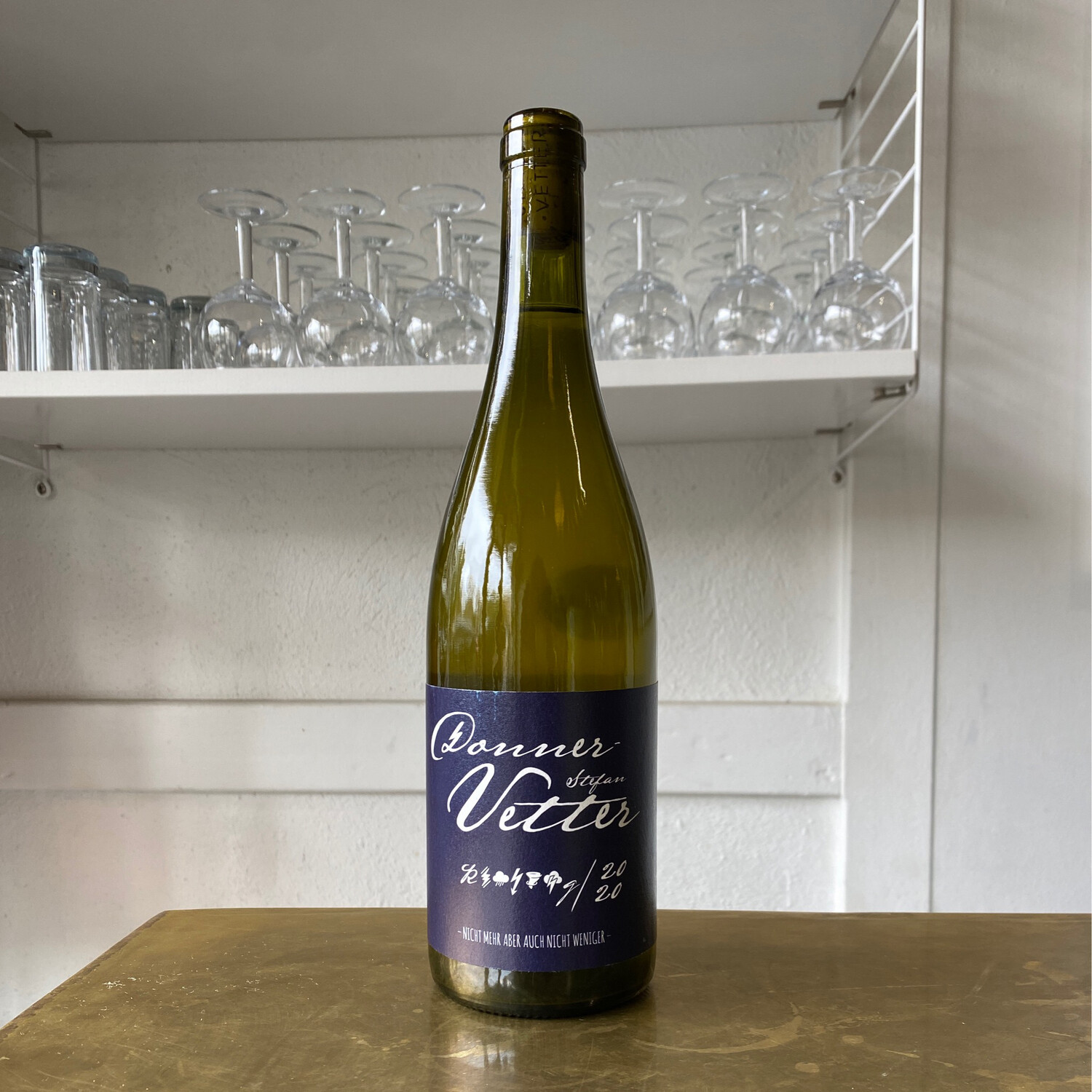 The grapes for the project wine with Stefan come from his family's vineyard on the Moselle: the Drohner Hofberg - steep slopes made of red slate instead of terraces made of shell limestone. Stefan's handwriting remains unmistakable! This may be due to the natural yeasts in his Franconian cellar, to the large, used barrels that Stefan also uses for his other wines, or simply to the same, caring hands.

In any case, the Riesling grapes get a trace of contact with the mash before they go into the big wood for fermentation. Everything else is a classic cousin: slow sedimentation, gentle extraction, and with just 12mg of SO2 on the bottle. With its 10.5% it is an alcoholic flyweight , invigorating and clear, but with astonishing concentration.

Stefan is at the forefront of the natural wine movement in Germany. As such, he farms both organically and biodynamically, as would be expected. As he works only old vines, only in steep, terraced sites and everything is done by hand. Pressing is done gently with either an old screw press or a basket press and can take four to six hours. For the most part, Stefan picks earlier, looking for ripe, clean grapes with higher acidities.The juice may see a short bit of skin contact, but for the most part it is just moved directly into old barrels – or one of the few newer 300 or 600-liter barrels Stefan has acquired directly from Stockinger. During the élevage, the wines are topped off, but that’s about it.The wines are bottled without filtering and with a minuscule addition of sulfur for stability.