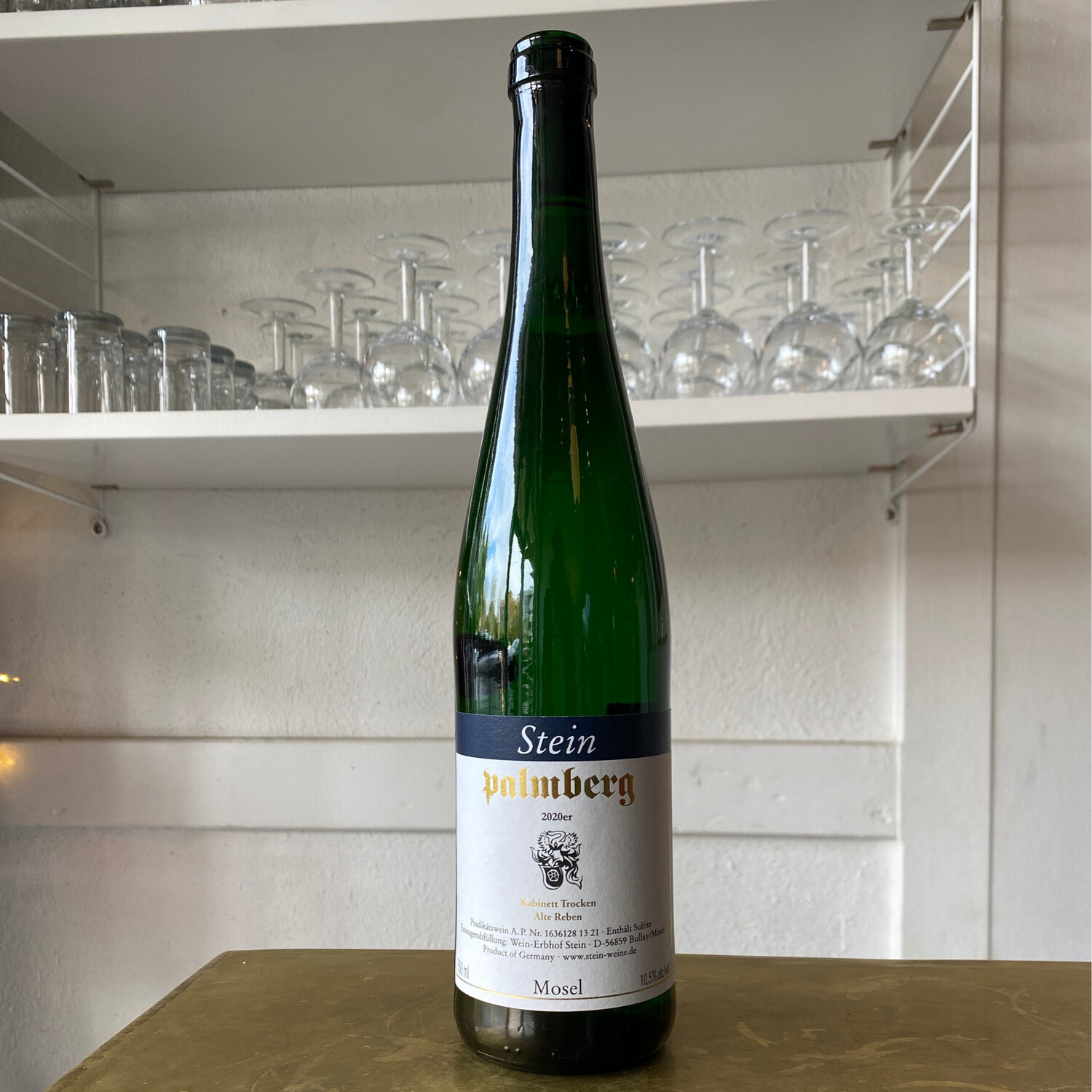 The Palmberg is Stein’s “Grand Cru” and a vineyard to measure against any other vineyard in the Mosel, period. It is an awesome site, an ancient wall of vines filled with ungrafted plantings that are 90+ years old. The Palmberg is cut on one side by a stream, so the vineyard angles away from the Mosel. In former times this was likely a liability, the cool wind pouring down the valley and the distance from the river keeping optimum ripeness in all but the top vintages just beyond grasp. This is no longer an issue and these cooler vineyards, especially when they have old vines, are a massive asset. This wine is ruthless, cut, mineral, fresh and phenolic. It is quite simply one of the favorite wines of this vintage and it will age, easily, for 10-20+ years.