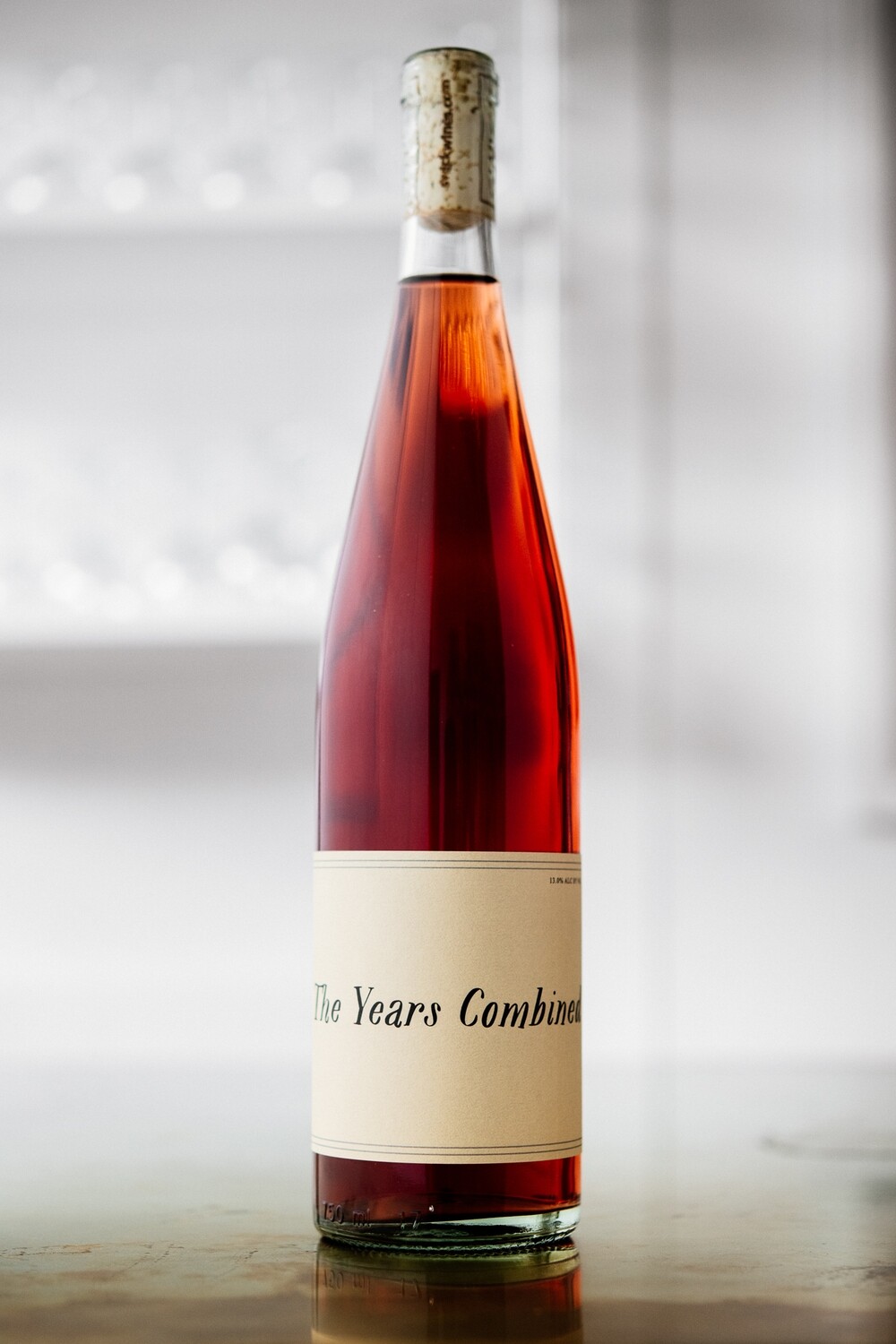 A three year blend of direct press rose barrels from 2017, 2018, and 2019. Pinot Noir from grown on sandy loam from the Willamette Valley in Oregon at 600 feet elevation. Syrah and Malbec grown on sandy loam in Yakima, Washington in the Columbia Valley at 1600 feet elevation. Grapes were direct pressed and fermented separately using native yeast. Ferments are worked by foot one to two times a day with no temp control then aged in neutral French oak barrels for 3 months, 14 months, and 28 months. Blended before bottling. A small sulfur addition before bottling is the only addition to this wine. No filtration.

Joe Swick is a 5th generation Oregonian, born and raised in Portland. He got into the wine business working as a shipping/receiving clerk working at a specialty organic food store in Portland, where he was able to taste a lot of different wines and meet a lot of Oregonian winemakers. He worked his first harvest in 2003 in Oregon, and from then until 2012 he worked 15 different harvests, traveling all over the world as far as Tasmania, France, Portugal, and Italy. He even spent some time with our very own Simon Busser in Cahors, France! Joe returned to Oregon in 2013 to start Swick Wines in the Willamette Valley. He works only with sustainable or organically farmed vineyards that are not irrigated, from cooler climate locations. Many of the wines have zero sulfur added, a direction Joe is excited to continue pursuing.