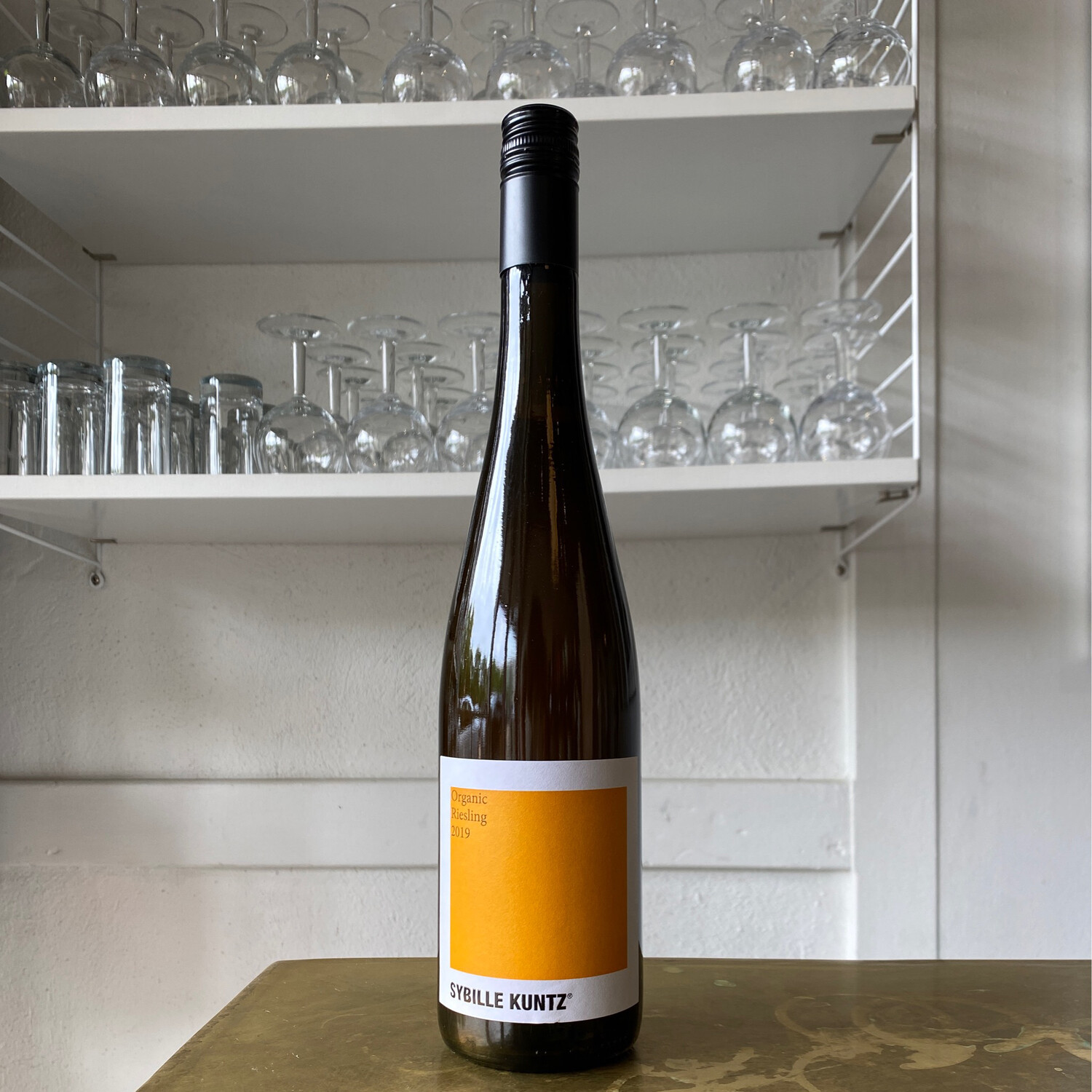 The grapes are harvested without Botrytis berries with sugar readings of 85° - 95° Oechsle in the second week of October. We crush and de-stem them into an open vat. Here they skin ferment and marcerate for 6 weeks. After pressing we age the orange wine in old 1000 l Fuder barrels for another 6 months. Then we bottle with no prior filtration and no sulfur additon at any stage of the process.

While there are other women winemakers in Germany, including Eva Clusserath at Angsar Clusserath, Frau Knebel at Knebel, and Theresa Breur at Breuer's Estate, none of the other talented women above have gained or hold complete control of their Estates' Rieslings like Sybille Kuntz.

The Estate is in its 30th year, and has gained prominence and critical acclaim for their refined-drier style of Riesling. In 2011, Sybille and her husband Markus went from producing wines in their own dry style, to crafting a portfolio of six wines that represent the traditional quality of German viticulture, from Qualitätswein to Trockenbeerenauslese.

Their farming and vinification practices have been practicing organic since 1990, and in 2013 they achieved "Bio-Weingut" organic certification and then certified biodynamic three years later. At Sybille Kuntz, the average age of the vines are 45-80 years old, and the yields are always strictly reduced to 50 - 60 hl/ha.

At the core of their production comes the hallowed ground of the Niederberg-Helden vineyard in the town of Lieser. Sybille Kuntz and Thomas Haag of Schloss Lieser Estate are two of the producers responsible for resurrecting this esteemed piece of the Middle Mosel.