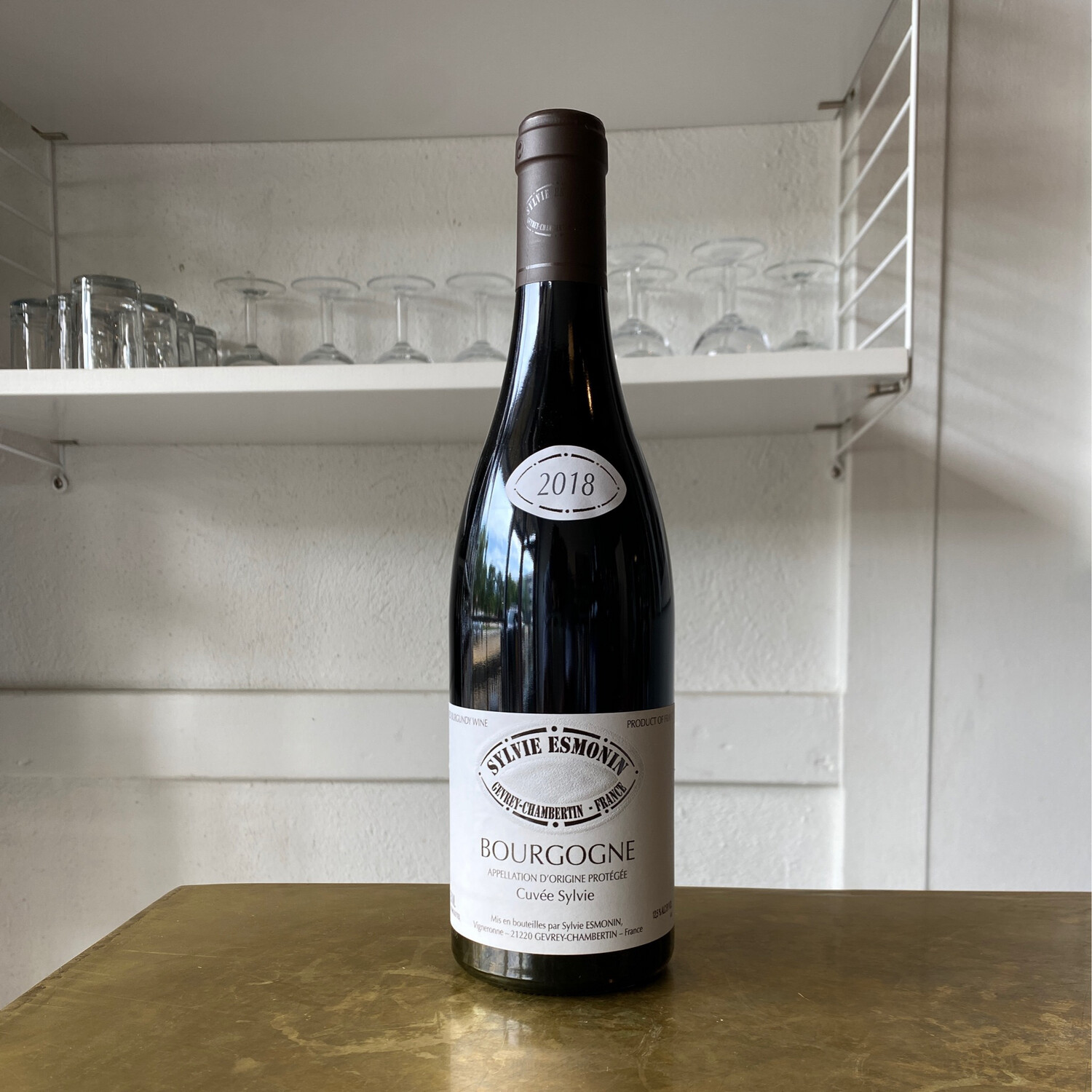 A small estate of 7 hectares run by Sylvie Esmonin, one of a handful of leading female producers in the Cote d'Or. Sylvie is a qualified oenologist with wine making experience in New Zealand and Bordeaux. Her prodigious knowledge and enthusiam for the subject are combined with a single-minded determination to make the very best wines possible from the excellent estate vineyards. Not surprisingly, these are among the most sought after bottlings n Gevrey Chambertin. They have great class, a lovely silky texture and gorgeous lingering flavours of red fruit and spices.

Prior to Sylvie Esmonin heading this estate, it was known as Domaine Michel Esmonin et Fille. After studying in Dijon, Sylvie worked in various capacities as a consulting oenologist. She says that she needed several years of independent work to weigh her decision and commitment to come back to Gevrey-Chambertin and succeed her father at the family estate. She came back to vinify the 1990 vintage, and from then on the whole production became estate-bottled. Otherwise, all decisions were made by father and daughter together, until progressively Sylvie assumed all responsibilities (with the possible exception of plowing, Michel Esmonin’s favorite vineyard chore).

The estate comprises 5 hectares in Gevrey-Chambertin, with a sizeable plot of the Premier Cru Clos St-Jacques as the family house “back yard”, and newly added plots in Volnay Santenots and Côte-de-Nuits-Village. The average age of the vines is high, most were planted by Sylvie’s grandfather, and some by her father. The winery is a large facility, with a beautiful stone cellar underneath. All grapes are destemmed, crushed and fermented in open wood vats, then put in barrels for the secondary fermentation and ageing. The barrels are of various ages to accommodate the different cuvées, with only Clos St-Jacques using a high proportion of new wood, usually 75%.

The first cuvée is a Bourgogne rouge, from vineyards outside Gevrey-Chambertin; it is light, fruity and lively. The Côte-de-Nuits-Village comes from vineyards in Brochon, a small village between Gevrey and Fixin, from the lieux-dits La Croix Viollette and Les Vignois; it is smoky and peppery, with ripe tannins and sweet fruit. The Gevrey-Chambertin comes from 30-year-old vines in the lieu-dit Les Crais; it is quite rich and structured, with good ripeness and dark fruit aromas. The largest cuvée, Gevrey-Chambertin Vieilles Vignes, comes from various plots of 60-year-old vines; it ages in 50% new wood and has toasty oak notes, is very ripe, round and chewy, with intense berry fruit. The Clos St-Jacques, as a young wine, often tastes drier and lighter than the VV cuvée; with some bottle age, though, it shows great finesse and complexity. It is a wine of elegance more than obvious power, and it gracefully integrates subtle fruit and pleasant oaky notes.