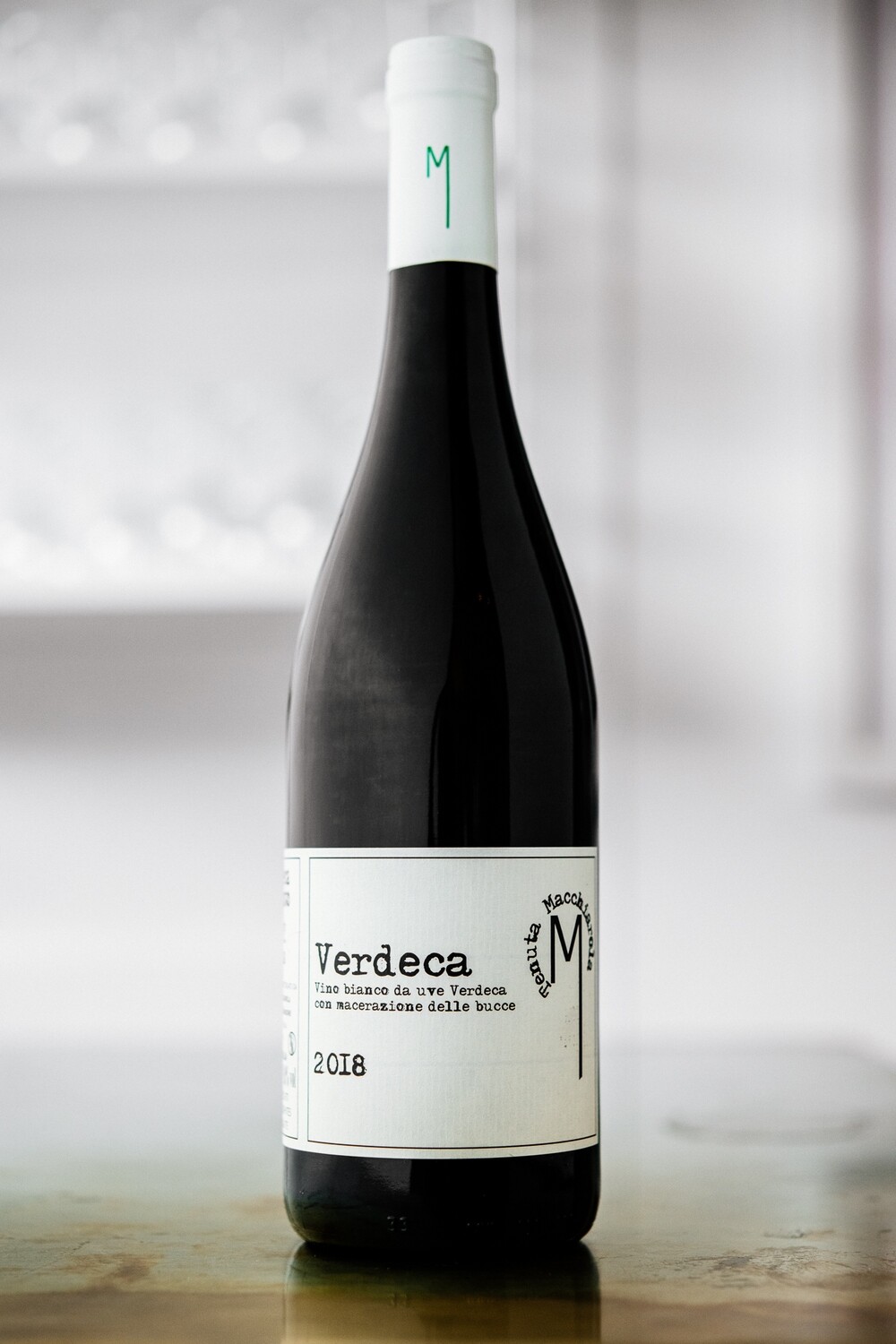 Verdeca is an indigenous Puglian grape variety. It is the "everyday" grape of the locals. Bright acidity yet quite neutral on aromatics, the variety thrives in the calcium-rich soils of Puglia. Nico has reinvented Verdeca and is making it the way his grandfather made it...with skin contact. 11 days of maceration before pressing. Natural fermentation in stainless steel and aged in stainless and cement tank. Roughly 3000 bottles produced annually.

The bounty of the Puglian countryside is both a blessing and a curse. "If you plant something here in Puglia, it will grow", says winemaker Domenico Mangione of Tenuta Macchiarola. The fertile southern soils of Italy's heel have been cultivated for many thousands of years...for better or worse. When it comes to the modern, post-World War era of agriculture and winemaking, Puglia has been exploited like few other regions in Italy. The story is familiar: high yields, tons of chemical fertilizers (that are not even needed), pesticides, herbicides, co-op mega productions, machine harvesting...it would seem that yeast and sulfur are the least of the regions worries. Puglia has been poised for a cultural and agricultural revolution for generations now, and it's been slow coming.

Domenico (he prefers Nico) Mangione was a pharmacist by trade before becoming winemaker. He owned and operated his own pharmacy for over 20 years and has the exacting mind of scientist, yet in speaking with him you can sense there is an undertone of philosopher to his character. Nico, like many of us, fell into wine by accident and not by design. What was initially a favor for his father-in-law of tending to some vines and making a little house wine soon became a full blown obsession and passion of Nico's that changed his life forever.

In 2005 Nico planted 6 hectares of vines and started construction of his small winery two years later. The idea in the beginning was to simply sell off the grapes and possibly make some wine for his family and locals. In the end that's essentially how things have worked out. Nico produces from about 3-4 hectares of his land, which fills the capacity of his tiny winery in Lizzano (Salento), and the rest he sells off to help sustain the business.

In the beginning Nico was farming conventionally and using "modern winemaking techniques", i.e. yeast, sulfur, etc. that local enologists had convinced him were the only way to go. After the first couple of vintages Nico began to question the practices that so many people had told him were just fine. He noticed vineyards dying far to quickly and that the wines were not vibrant as he had hoped. These doubts led Nico to pull the plug and immediately go the opposite direction, one of natural farming and natural winemaking. In 2010, after three full years of chemical-free farming, Nico made his first natural wine with no yeast, no sulfur, just grapes.

Since 2010 Nico has been gaining experience and forging ahead on his natural wine mission. His neighbors look to him as if he were crazy yet he thinks the same thing about them. "The future of Puglia is in natural agriculture", says Nico..."there's no other way forward."