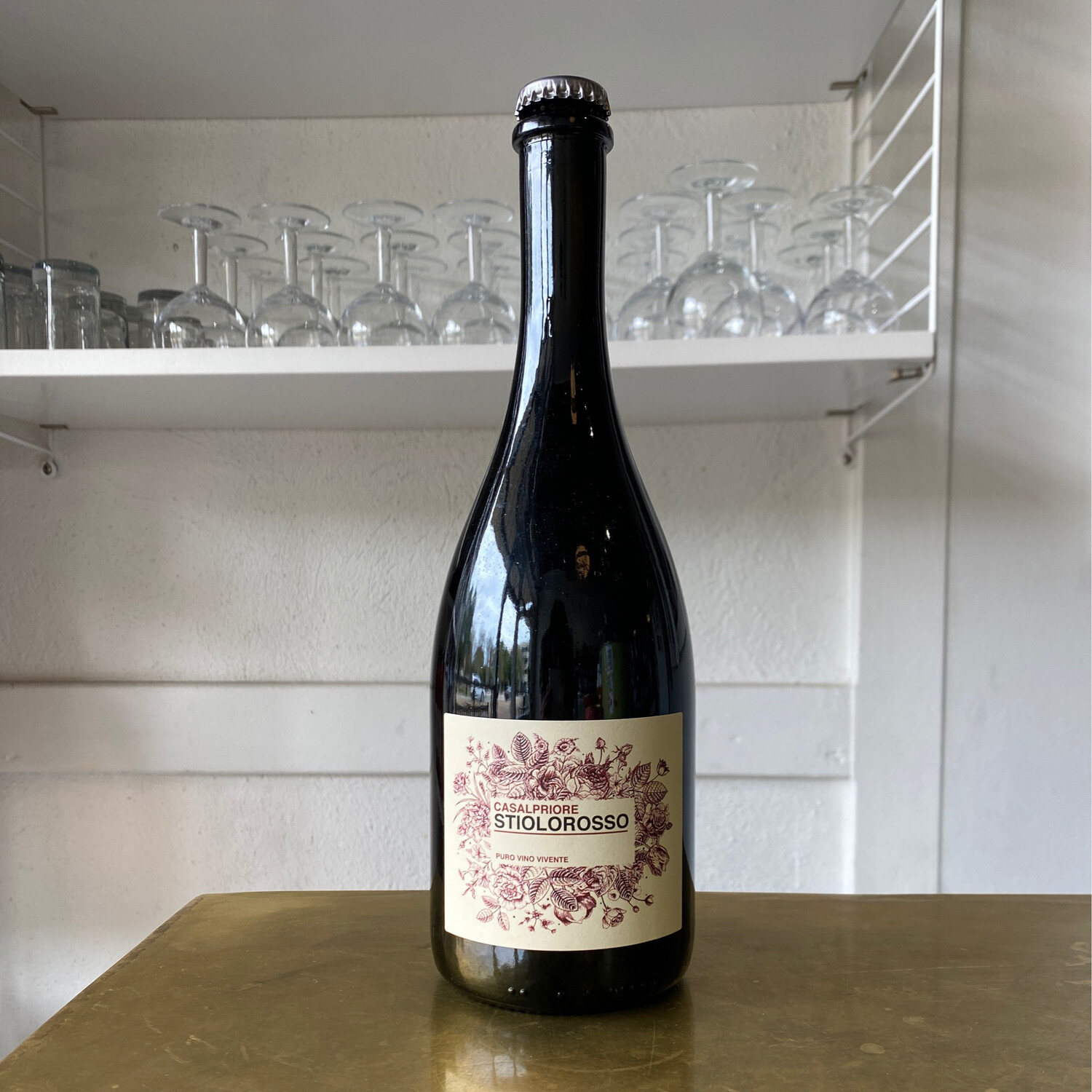 “Stiolorosso” Rosso Frizzante: Gianluca’s good friend Gabriele Ronzoni owns a biodynamic farm called Casalpriore, located in Stiolo di San Martino in Reggio Emilia, situated south of Terrevive’s home commune of Modena. Given access to Gabriele’s vines, Gianluca decided to keep the production from Casalpriore separate from Terrevive, as the old vines (planted in 1960) in this zone’s alluvial soils yield a wine of less aromatic finesse but greater body and power than that of Modena. “Stiolorosso” is 100% Sorbara for which Gianluca employs a traditional local style of vinification: three days of punching down, and that’s it. This keeps the wine lively and prevents over-extraction, though plenty of deep color is produced from such a brief period of pigeage. “Stiolorosso” offers a typically expressive nose of earthy black cherries, with a trace of well-gauged volatility and a subtle salty funk, and its palate is both juicy and tense, with those cherry flavors echoing.

In 2008, Gianluca Bergianti founded Terrevive with 16 hectares in the village of Gargallo di Carpi just outside Modena, operating according to strict biodynamic principles since day one. He has since expanded to 35 hectares, growing cereals, vegetables, fruits, herbs, and, of course, grapes—although vineyards, planted entirely to autochthonous varieties, comprise just 10 total hectares in this calculatedly polycultural setting. Gianluca’s commitment to low cellar intervention and to the pre-Charmat-method traditional method for producing Lambrusco—he even has a wine called “No Autoclave”—results in wines of shocking immediacy, intense personality, riveting acidity, and organoleptic qualities which do not fit neatly into boxes.