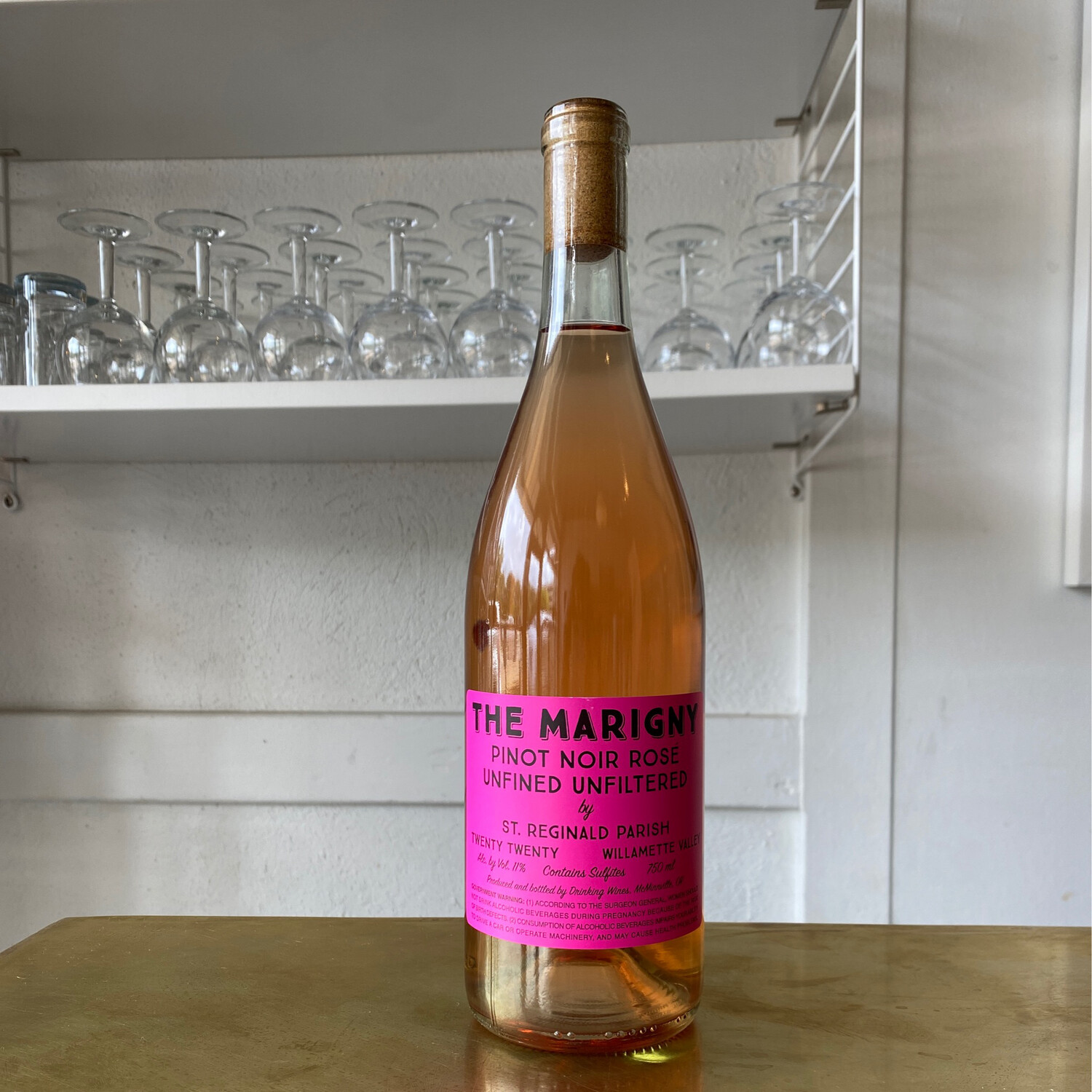 Fermentation: Whole cluster Pinot Noir pressed directly on stems with no breaking of the berries prior to going to press. Juice was “browned” at the press pan with no SO2 added and sent directly into a concrete tank where spontaneous fermentation occurred. Malolactic fermentation also occurred naturally, after which the tank was sulfured at 24ppm. Wine was on gross lees until bottling, at which point the wine was racked from concrete and blended into a stainless steel tank. Bottled unfined and unfiltered.

Son of the south, Andrew Reginald Young comes from (at least) seven generations of Louisianians, with the last several all holding the name Reginald. He believes that quantum physics and theology create a nice vin diagram, in the same way that really good wine is a combination of science and faith. Other things he believes in: mix tapes, fried chicken and that laughing with your buddies is about as good as it gets. He's been making the Marigny wines since 2015, with the hope that fun, quality, natural wines could be on everyone's table, in everyone's neighborhood, every day of the week.