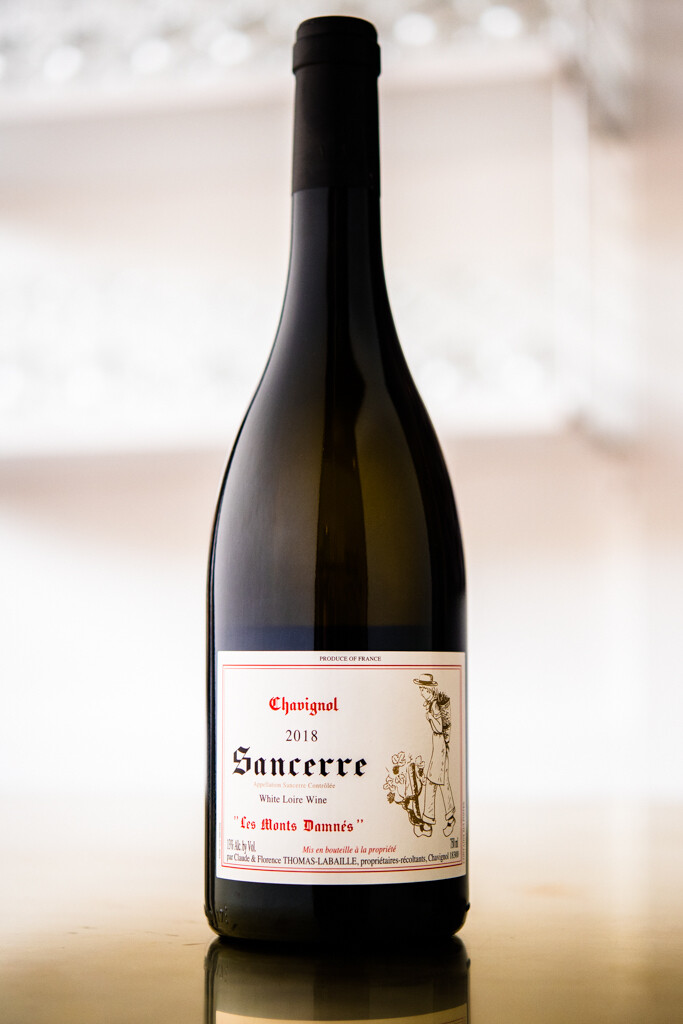 100% Sauvignon Blanc. Thomas-Labaille has vines averaging thirty years old with some much older on the famously steep slope of Monts Damnés in Chavignol. They are sustainably farmed and harvested by hand. The wine is fermented with native yeasts in fiberglass and cement tanks, aged on its lees in stainless steel tanks (with a small proportion of used barrel in some vintages) for four to six months and bottled without filtration.

Thomas was 73, and wished to retire, but he was holding on in the hope that his daughter and son-in-law would take over. This finally happened when Jean-Paul Labaille, his son-in-law, quit his civil servant job and became a full-time vigneron (for the previous ten vintages, he had taken his vacation during the harvest to be the assistant winemaker to Claude Thomas). Only minimal changes have occurred. The vineyards remain among the best in Chavignol, with a large proportion of old vines. The old barrels are not in use any more, but the vineyard and cellar work still follow the same time-honored techniques. The Monts Damnés plot is too steep a slope to ever consider machine harvesting, which is now the norm in the appellation, and it requires intensive, non-mechanized vineyard work, but this site is worth the trouble: drainage and exposure are excellen,t and ensure the best ripeness for the vintage. Labaille has somewhat tidied up Thomas' facilities, which used to be in sharp contrast to most cellars in the area; instead of a hyper-hygienic room, with wall-to-wall tiled floors and stainless-steel vats, his was a Burgundian type of cellar. Some cuvées still age in large concrete vats, others in stainless steel, and the oak barrels have been re-placed by newer ones, mostly second-hand, 2 to 3 years old, not in order to impart any oaky character to the wine, but to let it breathe and evolve slowly on its lees. The resulting wine is sensational: rich, fat, round, with layered aromas, a subtle nose and a long finish. Not a typical bistro Sancerre, but a graceful wine meant for aging and pleasure.