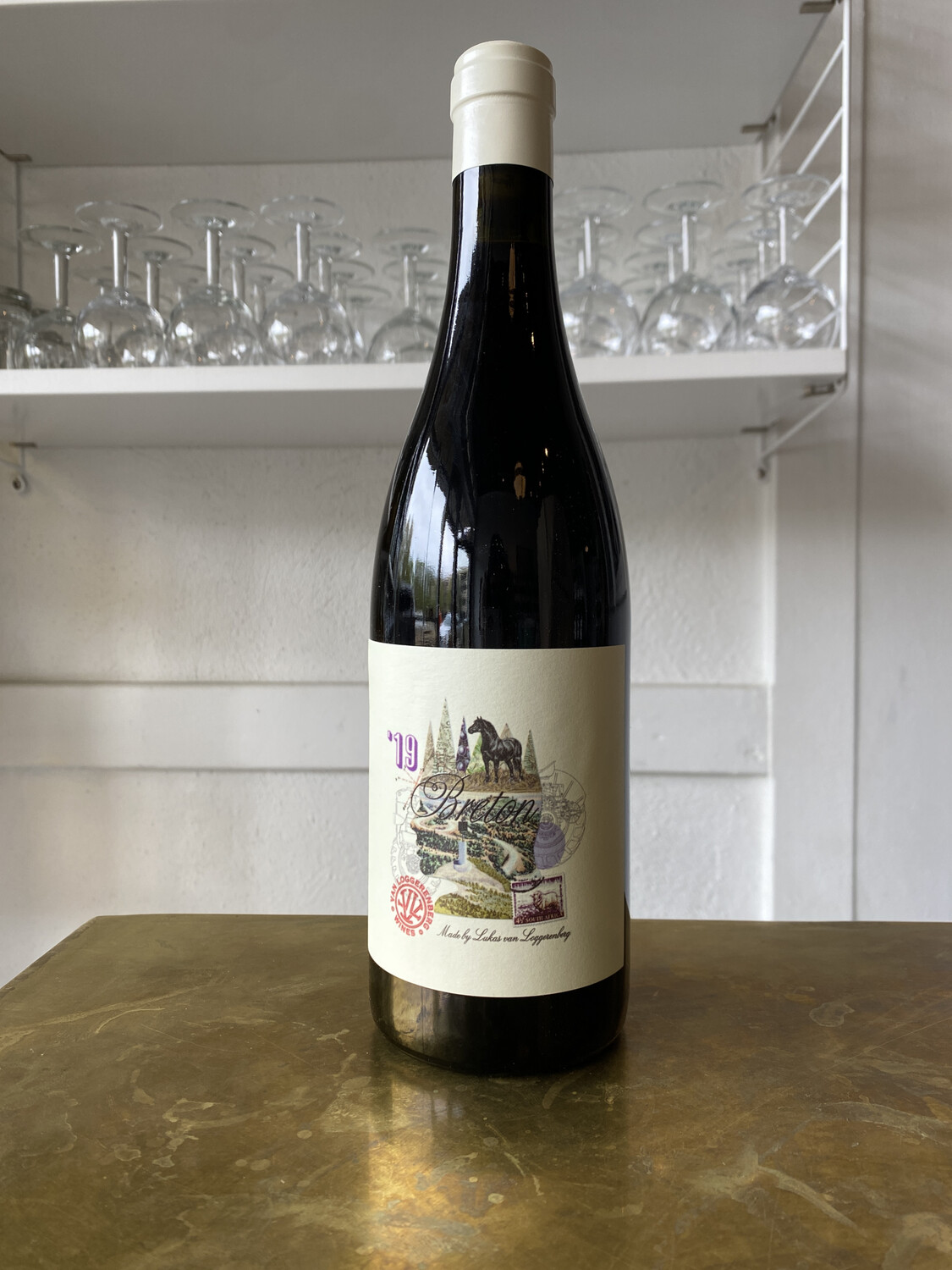 The wine is made up of two parcels of fruit which are picked and vinified separately and only blended together before bottling. 66% of the fruit is from Bluegum Grove Farm, Polkadraai region in Stellenbosch whilst the remainder is from Klein Welmoed Farm just off the Baden Powell road. Both vineyards are planted on decomposed granite with Koffieklip in the top layer of soil.

In the cellar:
The Bluegum Grove fruit was 100% wholebunch fermented and Klein Welmoed fruit 100% destemmed. The Bluegum grove fruit showed classic characteristics of Cabernet Franc which is why I chose to wholebunch ferment to maintain those flavours. Both parcels were left to start fermenting naturally with one punch down per day performed. The destemmed grapes were left on their skins for two weeks after alcoholic fermentation to add depth to the mid palate. After pressing, the two parcels underwent malolactic fermentation in barrel on their own. The wines were blended together after 10 months in barrel and bottled right after. No enzymes or commercial yeast was used in making the wines.

Originating from Rawsonville (a town famed more for its distilling of brandy than the quality of its wine), Lukas first job was at Rijk’s in Tulbagh, after he graduated from Elsenburg college. Then, after spending two seasons on the Finger Lakes on the eastern side of the USA, he returned home to work at the relatively obscure Druk My Niet wine estate in Paarl. It was in late 2015 during a visit to France, that he made the decision to switch from being a salary-earner and into the terrifying if inevitable world of making his own wine.

So, in this large and remote shed, he produces his own wines in exchange for making a bit of (very good) Swartland Chenin for his landlord.

Lukas owns no vines, but his likable disposition has enabled him to tap into some great fruit sources, some of which are shared by the great and the good of the SA wine industry.

Devoted to expressing particular patches of earth, Lukas reminds visitors to his makeshift cellar that terroir is not everything and that some winemakers just have the touch and an instinct to make great wine. As a result, the relatively difficult 2016 vintage seems to have been successful for Lukas, partly due to the involvement he has within the vineyards he makes his wines from. It helps illustrate how he likes to think of himself as “a farmer rather than a winemaker”. All the wines are made without the aid of any additives, including commercial yeast.