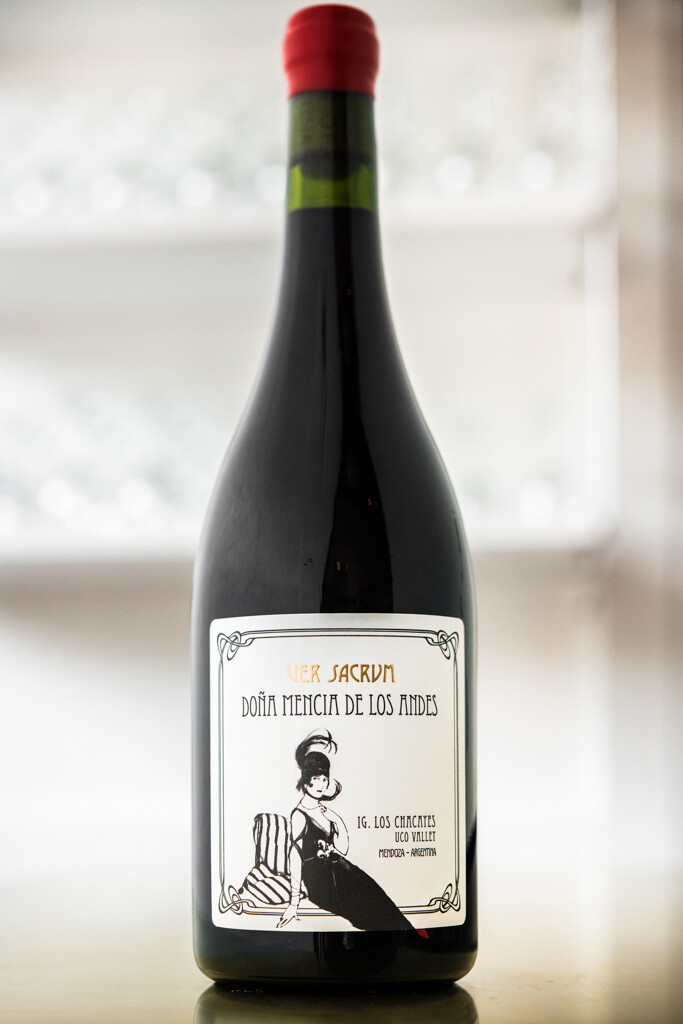 This tiny production of Mencia comes from very old vines of the grape grown at very high altitude in Los Chacayes. After maceratiion - which lasts a week - the wine aged on its lees for 2 years in old French barrels.

Eduardo Soler and two friends started Ver Sacrum in 2012 with the concept of growing and vinifying Rhone Varietals. Their winemaking ethos focuses on fresh, low alcohol, lighter skin contact, native yeast, honest, and easy drinking wines. All grapes are hand harvested and most are foot crushed as they believe in minimum intervention in the vineyards and winery with no corrections, filtration, or pump overs. They currently make wine from two different vineyards in Barrancas, Maipu and Los Chacayes, Uco valley where they have planted Grenache, Monastrell, Carignan, Roussane, Marsanne, Mencia, Syrah, Teroldego, and Nebbiolo. Eduardo is an avid mountaineer who has climbed multiple famous peaks and worked ski patrol in Aspen and Mendoza for many years. He currently manages a small ski resort 2 hours outside of Mendoza. Eduardo came into wine after returning to Mendoza and befriended some of the more adventurous growers who desired to explore the potential of alternative varietals. “When the old sent their young to found new villages, bringing grape vines to start new vineyards, they gave off by a ceremony called the sacred spring or Ver Sacrum. Since then, the Ver Sacrum is a symbol of the new tribe, new art, new vine. We renew this ancient vow, with the audacity create something new.
Save this product for later