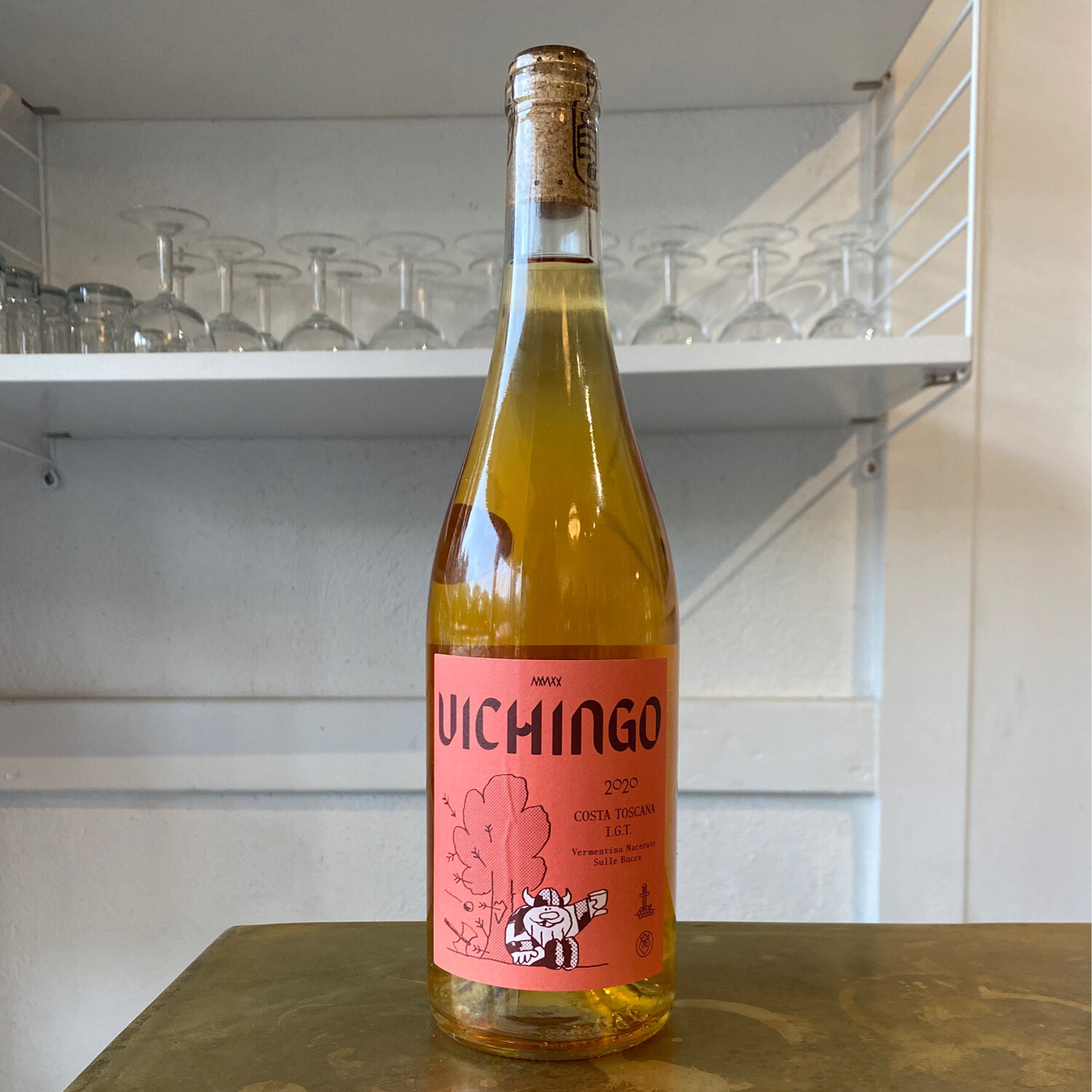 The briny expanse of seafaring life forages a thirst. A viking sized, Tuscan thirst. This isn’t cypress tree-lined Tuscany, but the rugged, overgrown coastal edge of the appellation. Five miles from the coastline Anna Maria Cruciata organically farms Vermentino. Foot stomped and left on the skins for seven days with no sulfur added. Classically salty and sage-y with quince-like orchard fruit.

One Bostonian, two Washingtonians: three bon vivants descend on New York to divide and conquer careers. Then one fateful night, our heroes the artist, the oenophile, and the designer, walk into a bar—and decide to raise it. In a city of unstoppable excellence, they question greatness. Where are the great wines, great values, great adventures?

Pledging allegiance to friendship and a full glass, Chris Leon, Elizabeth Dilk, and Garrett Morin launch Vichingo. A clan with a plan. Their crusade: to banish bottlenecks and make heroic wine. VICHINGO goes to the ends of the earth to find the most fruitful plots from the most prized regions to make wine a force of fun and affordability.