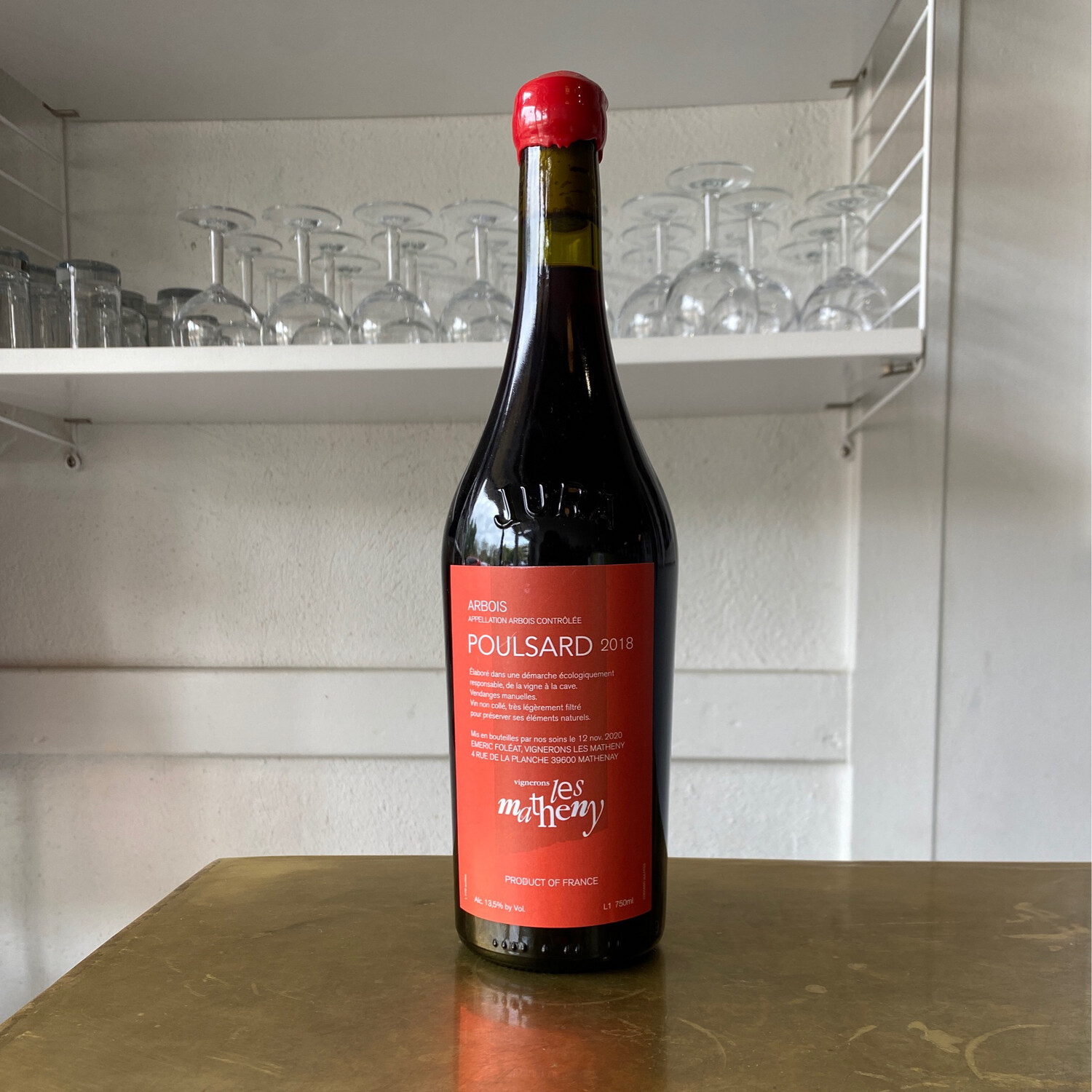 Emeric’s lengthy tenure under Puffeney shows especially strongly in his treatment of the indigenous red grape varieties of the region. Whereas many growers here emphasize the thin-skinned, gentle nature of Poulsard and Trousseau, producing delicate, pale wines of wispy tannins and almost rosé-like fruit character, Emeric—like Jacques before him—produces firm, bold red wines proud of their structure and deeply evocative of their limestone-dominated terroir. As an example, the lifted, expressive 2015 Poulsard displays enchanting sandalwood aromas, bursting with black cherry and freshly turned earth, again toeing the line of appropriate volatile acidity in the most appealing possible fashion. The wine’s unabashedly dense structure—the result of a three-week cuvaison—promises great rewards for those willing to wait a few years, though it will undoubtedly dazzle right now, especially at the table.

Both of them born and bred in the Jura, Elise and Emeric began Les Matheny—playfully named after their tiny home village of Mathenay—in 2007, and their holdings today encompass three and a half hectares of vines spread among Arbois, Montigny-les-Arsures, and Poligny. In the rustic old farmhouse they converted into a winery, thoughtful experimentation rooted in local tradition is their operative philosophy. Giving concession neither to easy marketability nor to the notion of a “product line,” the Foléats take each harvest as it comes, vinifying and aging certain parcels separately if the notion strikes them, keeping a cask or two under voile for an extra-long time if the underlying material proves worthy, and topping up their barrels occasionally, partially, and based purely on taste and instinct. While both enologist and marketer alike may consider Les Matheny a baffling operation, those who value character in wine will find a deep well of authenticity and beauty here. These are wines free of shackles—whites of visceral intensity, layered and nuanced, yet simultaneously tough and bare-knuckled; brazenly structured reds that scoff at the dainty, almost apologetic extraction common for such thin-skinned varieties; wines of immense aromatic range that are unafraid to stare volatile acidity in the face and emerge victorious. (In a particularly moving anecdote, Emeric recounted monitoring a fermentation at Puffeney’s side; as the temperature of the tank climbed ever higher and young Emeric began to panic, the always-taciturn Jacques consoled him: “Don’t worry; it’s almost night. Things will cool down. Everything will turn out fine.”)